MOSCOW, 1 February. Anatoly Wasserman plans to become a Deputy of the state Duma.

However, as noted publicist on Monday in a live radio station “Moscow speaking”, in the next elections he is “unlikely to participate”. 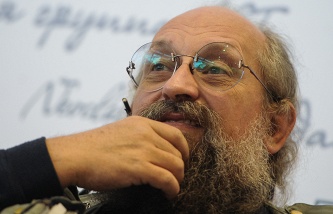 “I probably would have ran from “Agro-industrial party”, it has recently been reconstructed on the basis of several other parties. At various times I have successfully collaborated with several leaders of these parties, I think there I will find what to do today,” – said the scientist. “In the independents did not dare to go – it needs huge preparatory work, now I alone will not pull” – he said.

He noted that while he has insufficient seniority of the official political activity, “but we’ll see”.

United agro-industrial party of Russia was created in April of 2015. It was headed by former Vice – President of the Russian Federation Alexander Rutskoi. The party is going to participate in the elections to the state Duma in the autumn of 2016.

Earlier the President of Russia Vladimir Putin signed a decree granting the Wasserman citizenship of the Russian Federation.

In September 2015, against the publicist to Ukraine opened a criminal case on charges of separatism. Discontent with Kiev authorities Wasserman called his speeches against the state sovereignty of Ukraine, statements about the need to change constitutional system.