EKATERINBURG, February 1. The first President of Russia Boris Yeltsin deeply hurt two events – the crisis of 1993 and the beginning of the war in Chechnya. Such opinion in conversation with correspondent. I stated the ex-Secretary of state of the RSFSR and close associate of Yeltsin, Gennady Burbulis.

“Yeltsin deeply hurt two events with his personal participation – the crisis of 1993, when the country was under the threat of armed rebellion, and November 1994 – secret decree about the beginning of the war in Chechnya. He was very much upset that he personally had to approve,” said Burbulis. 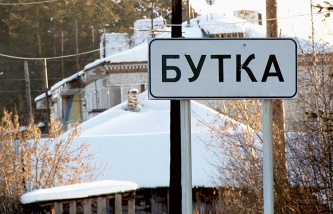 According to him, the first President of the Russian Federation was not afraid to take responsibility. “Bright, strong-willed, charismatic, audacious, capable to take responsibility, to make unconventional decisions. He was a pacifist and peaceful man. And these two difficult situation in the country personally very soulful, he gets into,” added Burbulis.

Andrey Nechaev, who held the bridge of Minister of Economics under Boris Yeltsin, said that “the main historical merit of Yeltsin’s radical economic reforms”. “He laid on the altar of these reforms its fantastic popularity, their political opening. And very much risked, ventured, dared Gorbachev. So for me the main merit of Boris Nikolaevich was the establishment in early 90-ies of the principles of the market economy,” said Nechayev.

“The merit of Boris is that he has saved the country from civil war and the collapse of Russia following the Soviet Union into separate national republics, and the threat it was”, he added.

Boris Yeltsin February 1 would have turned 85 years. On his birthday held a commemorative event at the presidential center of Boris Yeltsin in Yekaterinburg on small Motherland of the first President of the Russian Federation – in the village of Butka, Sverdlovsk region.