MOSCOW, February 1./TASS/. A new competition for advertising in the Moscow metro will be announced in the next two weeks. The documents have already been agreed in the Moscow government, reported on the website of the municipality with reference to the Deputy mayor Maxim Liksutov. 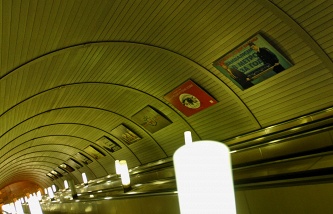 The Moscow metro is looking for a new advertising contractor

“We want to make the contract term is ten years. A starting amount to 1.7 billion rubles a year”, – said the Deputy mayor. Final contract amount will be known in the course of the auction. A new concept of advertising involves the widespread use of digital monitors and panels.

The previous contract for the right to place advertising media in the Moscow underground the company “Auto sell” was unilaterally terminated on July 21, 2015. The reason was the debt of the operator in the amount of 1.1 billion rubles. The contract signed in 2011 for five years, assumed that the company will pay metro 2.3 billion in the first year, and further this amount will be indexed annually by 8.3 %.