MOSCOW, 1 February. The Turkish military shelled Syrian territory from large-caliber artillery, the defense Ministry has “irrefutable evidence” of this. This was reported to journalists by the official representative of the Ministry Igor Konashenkov.

The General said that the Russian military received from Syrian General staff of the footage, which users can deploy self-propelled artillery of large caliber at one of the border outposts. In addition, the military Department received from representatives of the Syrian opposition video that captures the fact of shelling the territory of Syria, said Konashenkov. 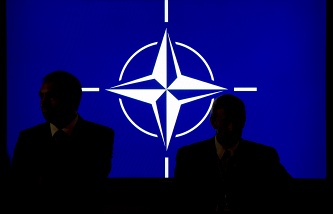 “This is called a fact. This is irrefutable proof that the Turkish armed forces carried out shelling of the Syrian border settlements from large-calibre artillery systems”, – said the General.

The defense Ministry expects the NATO officials and the Pentagon, explanations of actions of the Turkish military, said Konashenkov.

“Those who warns us about the consequences, not understanding what had happened, must themselves first think, in what a trap they are sucked Turkish partners,” the General said.

Earlier Ankara has once again accused Moscow of violating Turkish airspace by aircraft, the su-34.

“Clear signs of a planned provocation”

Konashenkov also stressed that Turkey did not provide any evidence of the alleged violation by Russian aircraft, the su-34 the Syrian-Turkish border. 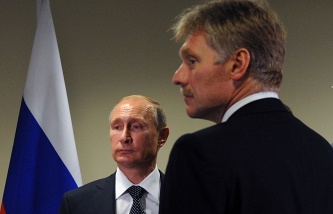 Peskov: Putin reported on the desire of Erdogan to meet him

According to him, the defense Ministry carefully and cautiously followed the development of the situation around accusations of Turkey, and also in solidarity with her official representatives of NATO and the Pentagon about the alleged violation of Russian su-34 the Syrian-Turkish border.

“I want to draw your attention to the speed and scheme of distribution of statements in support of Ankara, made on this subject. For some reason all the gentlemen of NATO and the Pentagon immediately everything was clear. Although no actual data area, altitude, speed of object in air – Ankara were not made public,” – said Konashenkov.

According to him, all the objective data about this alleged incident actually exist only in the imagination of the authors of this stuffing. “But somehow with the help of a Turkish radar station was immediately identified somehow mark the plane – the su-34”, – said Konashenkov.

He recalled that in the North of Syria’s air defense system by government armed forces, as well as our complex s-400 is monitored round-the-clock the situation in the airspace.

“We have carefully in the last day and analyzed all the data objective control of flights in the North of Syria. And, I note, not only for our aviation industry. Any violations of the Syrian-Turkish border by Russian aircraft VC was not, as there are comprehensive data, notice, objective control. And that’s a fact, said the General. – Furthermore, despite numerous statements by Turkish representatives, any actual diplomatic or any other channels so far not passed on to anyone”. 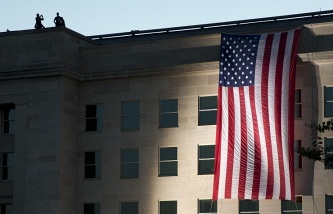 Pentagon: the United States believes that Moscow and Ankara must engage in dialogue and not escalate the conflict

“And the hysteria that was deployed by the Turkish side, is not only “unfounded propaganda”, and has also been clear signs of a planned provocation”, – said the representative of the Russian defense Ministry.

January 30 , su-34 HQs of the Russian Federation on January 29, violated the borders of the Turkish airspace. On 31 January foreign Minister of Turkey Mevlut Cavusoglu said that information about the alleged incident were transferred to Russia.