At the moment the authorities of Russia can not lose control of Sberbank. It is possible, however, that in a few years the government will return to this issue in the context of reforming the banking sector and increasing its competitiveness, analysts say. 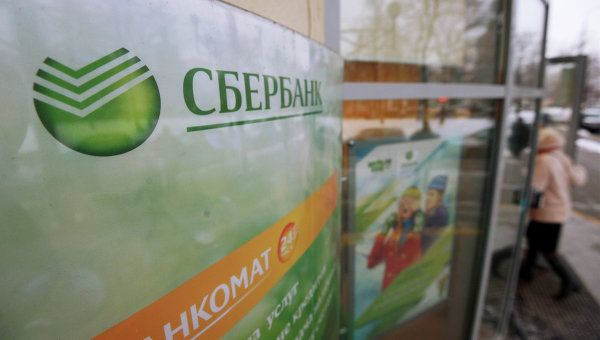 MOSCOW, 1 Feb. Authorities in the Russian Federation is unprofitable to lose control of Sberbank, the largest Russian financial institution since the sale of its shares in dollar terms would cost almost 2.5 times cheaper than it was three years ago, however, the question about the possibility of privatization of the Bank remains open.

Interviewed analysts do not exclude that to return to this issue after a few years in the context of the reform of the banking sector and increase its competitiveness by selling good assets to private hands.

However, the rebound in the possibility of fast privatization of the savings Bank gave on Friday, the President of the Russian Federation Vladimir Putin at a meeting with the head of the Central Bank Elvira Nabiullina and Finance Minister Anton Siluanov. Then they agreed that the loss of government control over the largest Bank of the Russian Federation may undermine the confidence of depositors. Currently the Bank of Russia owns a controlling stake in Sberbank. The rest of the shareholding is distributed mainly among private foreign investors — they own 43,26%, and of 3.91% at the hands of the population.

Sale of state shares of Sberbank does not look attractive now, as it was in 2012 due to the significant reduction in the capitalization of the Bank in U.S. dollars, says the analyst of Gazprombank Andrey Klapko. “The increase in free float (free float of shares — ed.) is a positive factor, but the presence of state control is the guarantor of stability. By reducing the state violated the covenants on Eurobonds and the investors, respectively, may require them to ransom,” warns the expert.

According to the data of the Moscow exchange on February 1, the capitalization of Sberbank is 2,135 trillion rubles, or about $ 28 billion. Package in a 7.58% stake in if sold today, would bring the state process is 156.5 billion rubles, or just over $ 2 billion. In September 2012, with about the same ruble value of the savings Bank with the dollar about 31 ruble, its market capitalization reached almost $ 70 billion. Thus, according to estimates, in dollar terms, the Bank’s shares fell since 2.4 times.

The idea of the privatisation of Sberbank is not new, one of its earnest supporters is ex-the Minister of economic development German Gref, who headed the largest Bank in 2007. Thanks to his initiative and support of the authorities, the Bank of Russia in mid-September 2012 is successfully sold to private investors of 7,58% of shares of the state Bank at the price of 93 rubles, or 3.04 dollars per paper, totaling more than 153 billion rubles.

The oversubscription for investors of shares at a minimum price in the SPO of Sberbank amounted to 3 times the price of accommodation — more than 2 times, proudly said then first Deputy Chairman of the Central Bank and successor Gref on a post of the Minister of economic development Alexei Ulyukayev. “It was an international exam on the evaluation of our work. You can’t sell a story if it is not successful,” enthusiastically commented Gref.

Ulyukayev proposed to return to the question of further privatization of Sberbank, and second on the assets of Russian Bank VTB in the middle of January 2016. “This is a very high-quality assets that are attractive throughout the world. Partial privatization and partial occupancy in favour of capital these companies will fundamentally change the situation from the point of view of capitalization of the Russian banking sector,” he said.

Gref later supported this idea, saying that the “correct” time for the privatization of state-owned banks. However, the privatisation of Sberbank should not be performed until the end of 2016, or in 2017, when stabilizing the situation on the financial markets, he argued.

Speaking about the privatisation of Sberbank should not forget the sanctions of the West and USA which close access to their markets for loans and exclude the placing of new shares, warned in his turn, Deputy Finance Minister Alexei Moiseev.

The price of “green elephant”

To sell Sberbank shares is indeed unprofitable, agree chief economist at Eurasian development Bank (EDB) Yaroslav Lissovolik. “From the point of view of financial markets, it is obvious that the situation now is really not the most favorable. In fact, we are not just low oil prices and financial market indicators, but we are still in a period of high volatility, which is also not the most favorable factor for such major privatization transactions”, — draws attention to it.

However, privatisation of the savings Bank it is necessary for the purpose of achieving fair competition in the banking market and this can be done even in 2016, says the head of the Board of Directors of MDM Bank, former Deputy Finance Minister Oleg Vyugin.

“This is not fiscal objective and goal alignment to fair competition in the banking sector. The argument that depositors calmer — very dangerous. This is an allusion to the fact that citizens, let us all the money in the savings Bank will take and then the rest of the banking system can be smoothed out completely,” argues Vyugin. Gref Sberbank has turned in a quality and competitive company and therefore investors can be calm, he said.

“The Bank is strong, reliable, not because it stands for the state. There is a very good management, well established business and it can easily compete in the market, without bringing any damage to customers and depositors from the viewpoint of stability. And, strictly speaking, Herman Gref spoke about it because he understands that the Bank is ready to such variant of events”, — says the banker.

Therefore, Sberbank, if desired, could be privatized in 2016 in spring or autumn, Vyugin believes. “From a fiscal point of view, the best option is to start preparing for privatization and to follow the path of lifting the sanctions. And to bring privatization to the point where this issue is resolved, it may be, by the way, the middle of this year. And then, basically, ur just going to leave these shares and the state will help out very well”, — he operates.

Putin, according to vyugina, do not put the “point” in the privatization of the savings Bank. “We have put points and then commas in turn. The President agreed with the opinion of the head of the Central Bank. He just gently agreed, this wording means that the question is open, the door is not closed”, — believes the banker.

When the market situation is unstable, the population is an important factor of reliability, therefore, with the privatization of the savings Bank can be postponed, agrees Lissovolik. “Radical changes are also undesirable, and can affect the system of Deposit in banks,” warns the analyst.

The Russian government is concerned about the privatization of shares in large state companies in connection with the difficult situation in the economy and growing Federal budget deficit, but once given “end call” rapid privatization of the savings Bank — the time has not yet come, experts say.

“This issue must be considered and continue to track them, because inevitably in the conditions of difficult budgetary situation we need to find new additional instruments for financing budget gaps and privatization is one of them”, — said Lissovolik.

From the point of view of budget revenue shortfalls now any sources that are replacing them can be a priority, however, privatization is not on this list in the first place, convinced the analyst of Raiffeisenbank Maria Pomelnikova. “Now still being sought through budget sequestration — cost savings, improving tax collection through better administration. I think that these measures will be in the first place,” she says.

In case of further fall in oil prices, privatization is even less logical, believes Pomelnikova. “From the point of view of investors, privatization is more possible when the situation will improve. The burden of social spending, the budget is high and it will result in the maintenance of a large deficit,” the expert expects.

Privatization of Sberbank was a political matter and therefore there will always be arguments and “for” and “against”, it is necessary to consider also how long the head of the largest Bank and a supporter of privatisation — Herman Gref will remain at the helm, says the analyst of Bank “URALSIB” Natalia Berezina.

The voice of parliamentarians

The state must remain one or two “anchor Bank”, where it had a controlling stake, said Vice-speaker of the Federation Council Yevgeny Bushmin. “In my opinion, this could be the savings Bank and VTB”, — the Senator said on Monday. According to bushmina, these banks would be immune from those problems that are of commercial credit organizations. “Overall, I advocate that you need to sell what the state cope worse than the market”, — said the MP.

“In today’s economic situation this question is really premature and in the future. The situation is unstable both in economy and in the banking sector. Of course, if now the control will leave the Central Bank, it can cause destabilization of mood in the population,” — emphasizes the Deputy.

Before, to privatize Sberbank, we need to reform the banking sector itself, to adopt new legislation to control it, says Burykina. The Deputy agrees with analysts that selling the stock is about the largest Russian Bank unprofitable.

“Now the markets are bad, you always have to sell at a high price, meaning the privatization of the savings Bank at a low cost is feasible. Need a serious reform of the banking sector after reform is done, then we can talk about privatization of state-owned banks”, — said Burykina.

“Now generally there is the tendency for leaching of the private sector and the nationalization of the banking system. In addition, if the savings Bank will need recapitalization, it decapitalized one shareholder is the Central Bank, and all the other shareholders do not participate, and the idea. Why give to the shareholders in the property, if physically they can’t capitalize” — fears the Deputy of the state Duma.