MOSCOW. February 1. Embassy of Venezuela in the Russian Federation confirmed that, on 1-2 November in Moscow will host the meeting between the Minister of petroleum and mines of Eulogio del Pino with the Russian energy Minister Alexander Novak and head of Rosneft Igor Sechin. 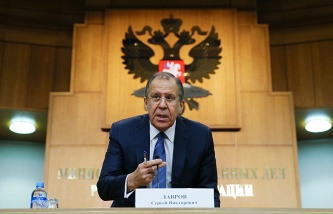 Lavrov goes to the UAE, where he will discuss the situation in Syria and the oil market

“Meeting with Novak will be held today, meeting with Sechin is scheduled for tomorrow, – said the representative of the Embassy. – Can also confirm that we will focus on ways to balance the oil market in the conditions of sharp falling of the prices for it”.

Previously about the upcoming Moscow contact del Pino with representatives of the Russian Federation, reported a source close to the Venezuelan state oil company PDVSA.

January 30, the President of Venezuela, Nicolas Maduro said that a new agreement on the equilibrium price for oil can be reached between member countries of OPEC and non-member in this organization. Novak, in turn, last week talked about the willingness to participate in the upcoming February meeting of OPEC and other oil producers. The subject of consultations, he said, would be to reduce production to 5% of each of the countries.