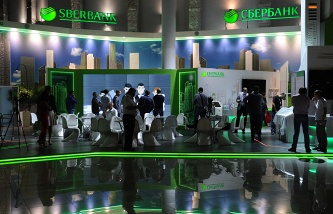 Putin: privatisation of Sberbank in the medium term will not be considered

As reported in the press release of the Russian Bank, the former Director of the Department of marketing & communications Natalia Germanova will take the position of Vice President, Advisor to the President and Chairman of the Board of Sberbank.

Mironyuk from 1992 to 2000 worked as Deputy head of information-analytical support and public relations of ZAO “Media-most”. From 2001 to 2003, was first Vice-President of JSC “Company of development of public relations” (CROS). From 2003 to 2014 he headed the RIA “Novosti”.