Against the background of falling oil prices on Brent oil to $ 35 per barrel, the dollar rate rose up to 76,60 of the rouble, the Euro rate to the ruble 83,47. 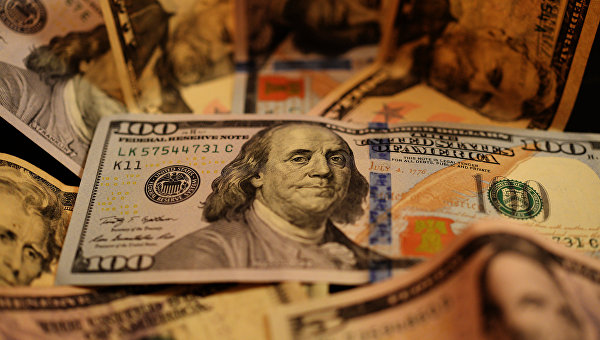 MOSCOW, 1 Feb. Dmitry Mayorov. The ruble against the dollar and Euro on Monday evening has been adjusted down after the price of oil, which fell below 35 $ for Brent oil.

In addition, the beginning of the month removed the support for the ruble in the form of a completed tax period.

The ruble throughout the session Monday was fluctuating in the red. The reason for the correction was the deterioration in the oil market amid weak data coming from China.

The business activity index of the manufacturing sector of China in January fell to 49.4 from 49.7 points in December of 2015. This rate was the lowest since August 2012. The growth of the index above 50 points indicates that recovery in the industry, and a figure below 50 points — the stagnation or decrease of activity.

Against this background, the currency of the Russian Federation and in the evening lose more than 1 ruble against the dollar and the Euro. However, the previous week was very successful for the national currency — it won the major reserve currency for several rubles, and the current decrease until placed in only partial correction.

In Monday the price of oil (near future), nominated in roubles, is kept above 2.6 thousand rubles.

In the near future the oil prices will probably continue to be volatile movement from an average of 35 dollars per barrel, which will support the pair dollar/ruble in the range of 76-77 rubles, said Yuri Kravchenko from IK “Veles Capital”.

“On the domestic market negative effect of the rouble from the end of the tax period and the traditional inflow of budget liquidity will likely be offset by cuts limit the Central Bank at tomorrow’s auction direct REPO operations”, — he added.

The ruble continues to tightly correlate with oil prices, said Dmitry Gurkovsky from RoboForex. “On the evening session in the U.S. investors will analyze Chinese statistics released this morning, which turned out to be very ambiguous. It could lead to new sales. The dollar will meet Tuesday in the range 75,90-77,00 ruble,” he predicts.