MOSCOW, 1 February. In the Kremlin commented on the media story about the alleged “Turkish” trace in the plane crash in Sinai. This was stated to journalists the President’s press Secretary Dmitry Peskov.

The wreck of the Russian plane in Egypt 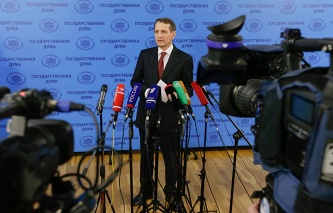 Naryshkin: the experts from the Russian Federation to prepare proposals to ensure the safety of tourists in Egypt

Reuters: EgyptAir Technician may be involved in the attack aboard the Russian A321

NAC: the FSB is not related to information about wanted suspects in the attack on Board the A321

“I understand that there are no source-specific no, – said the representative of the Kremlin. – We are not investigative bodies. Need to address question to the investigating authorities”.

Earlier media reported that the FSB allegedly found a “Turkish trail” in the incident with the downed Russian passenger airliner Airbus A321. According to media reports, the attack may be linked with the radical members of the Turkish group “Grey wolves” associated with banned in Russia as a terrorist organization “Islamic state” (IG).

The A321 aircraft to the Russian airline “Kogalymavia” carrying out flight Sharm El-Sheikh to St Petersburg, crashed on 31 October after about half an hour after departure. The wreckage was found about 100 km to the South from the administrative centre of province Northern Sinai city of El Arish, near the settlement of El Hasna. In total the plane was 217 passengers and seven crew members, none survived. Most of the dead were Russians. On Board were also four Ukrainian citizens and one Belarusian.