MOSCOW, 1 February. In the Kremlin declined to comment on the publication of The New Times about the girl whom the magazine says the daughter of the President of Russia Vladimir Putin. 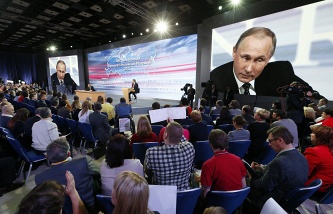 Putin of daughters: I never said what they are doing, and not going to do it now

This was stated to journalists the press Secretary of the head of state, Dmitry Peskov.

“We traditionally do not comment on any themes, any communications alleging that these messages have no relation to the family of the President,” he said.

Previously The New Times published an article about the life and work of Mary Faasen certain that the publication is the eldest daughter of the President of Russia.