Dmitry Peskov noted that the specific sources of messages about a possible “Turkish track” in the investigation into the crash on mount Sinai and that this question should be addressed to the investigating authorities. 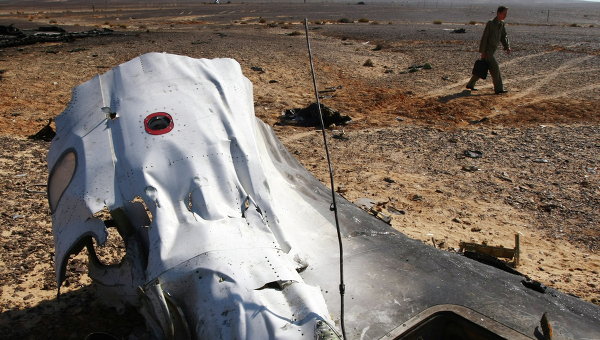 MOSCOW, 1 Feb. In the Kremlin declined to comment on the post about a possible “Turkish track” in the investigation of the crash in the Sinai, noting that those doing the investigating authorities.

“As far as I understand, any specific source. We’re not investigative bodies. There must still address the question to the investigating authorities”, — told reporters the President’s press Secretary Dmitry Peskov.

On Monday, the newspaper “Kommersant”, citing a source in Russian secret services reported that the terrorist attack on Board the Russian aircraft A321 that crashed in the Sinai, to prepare a Turkish nationalist organization “Grey wolves”.

According to the publication, “the Gray wolves”, which appeared in Turkey in the late 60-ies of the last century, participated in the fighting in Chechnya, organizing the transfer of weapons to the rebel Republic. And one of the leaders of the “Grey wolves”, a 32-year-old Alparslan çelik, took responsibility for the shooting in Syria on 24 November last year, the catapult of one of the Russian pilots of the downed Turkish aircraft su-24.

The largest disaster in the history of Russian and Soviet aviation took place on 31 October: Airbus A321 airline “Kogalymavia”, which was flying from Sharm El Sheikh to St Petersburg, crashed in the Sinai. Onboard there were 217 passengers and seven crew members, most of them Russians. They all died. The head of FSB Alexander Bortnikov said that the accident occurred as a result of the attack. The flights of Russian aircraft in Egypt were suspended on 6 November.