Islamic banking means conducting financial Affairs in accordance with the norms of Islam, who interpret the bargain as a whole based on justice and honesty of its participants. 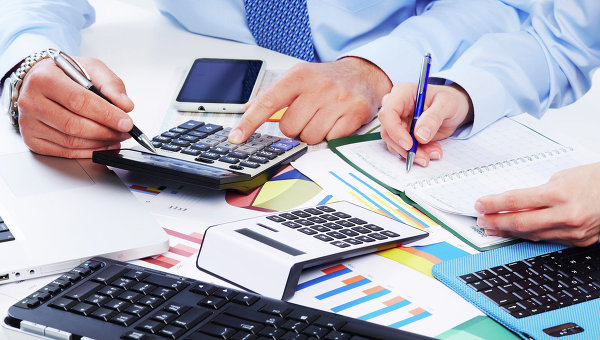 MOSCOW, 1 Feb –, Anton Skripunov. A bill allowing Russian banks to open “Islamic Windows”, will be submitted this week to the state Duma; however, the common opinion about the feasibility of Islamic banking in Russia, the experts have no.

“This week an amendment aimed at changes to the law on escrow accounts (the expense for temporary storage of money to pay out; open, as a rule, when real estate transactions — ed.) will be submitted to the state Duma”, — said the Chairman of the Duma Committee on financial market Dmitry Savelyev, the initiator of the introduction of Islamic banking in the Russian Federation at the legislative level.

Earlier in the consideration of parliamentarians have already been proposed amendments, allowing to legalize the leasing affiliate, mutual insurance societies and so on – changes aimed at creation in Russia of a legal framework for Islamic banking.

“Future plans lie mainly in the field of taxation of Islamic products, circulation of securities and mutual funds.., and bills that promote more equitable relations between banks and consumers of financial services”, — said Saveliev.

Islamic banking means conducting financial Affairs in accordance with the norms of Islam, who interpret the bargain as a whole based on justice and honesty of its participants. In this regard, the usury – giving money at interest, which leads, according to theologians, the unequal distribution of financial resources, it is “Haram” (forbidden).

A tasty piece of financial

“According to leading consulting companies, in 2014 the volume of Islamic Finance in the world was 2 trillion US dollars”, — said senior researcher of the laboratory of international trade of scientific direction “Real sector” of the Academy of national economies and civil service Bekkhan Chokaev. In his words, “given the annual growth rate of this industry is 15-20 % per year – now its volume may be 2.3 trillion”.

Therefore, the development of the markets in which Islamic monetary system, today is an urgent task. Especially in terms of sanctions that have restricted Russian access to the financial markets of Europe and USA.

However, the main obstacle for the operation of Islamic banks in the Russian Federation, as it became clear at the last in the year 2015, the meetings of the expert groups under Bank of Russia (CBR) and Sberbank is the fact that Russian laws do not provide for specific forms of financial activity.

And yet, despite the activity of parliamentarians, not all of their legislative initiatives have an understanding of the Central Bank and the Ministry of Finance. “Last spring, a bill was introduced, the essence of which is to allow banks to engage in trading activities. It received a negative review of government”, — said the Deputy of the Saveliev.

The negative attitude of the government towards this initiative, according to Deputy Director of financial policy Department of the Ministry of Finance of the Russian Federation Sergey Platonov, due to the fact that the sad experience of the 1990s taught the state that “banking is an industry that require separate regulation, oversight and control.” Therefore, the position of the Cabinet of Ministers remains fundamental, although, according to Savelyev, the proposed amendments “do not bring any revolutionary, systemic changes” to the legislation.

But without legislative approval there is a contradiction to the principles of Islamic Finance. Therefore, the Ministry of Finance is ready to discuss this topic.

The demand for Islamic Finance in Russia

Raised this issue and at the Gaidar forum in 2016. Some experts had doubts about the demand for Islamic banking in Russia. In a survey of National Agency for financial studies (NAFI), to which they referred, only 12% of Muslims are willing to use the services of Islamic Bank, and 69% of Muslims do not consider this possibility. Most of them motivated by the lack of need for Islamic banks (41%) and low awareness of this form of financial services (33%).

Fears that Islamic banking in the Russian Federation will not be customers, and the state Secretary — Deputy Chairman of the Central Bank of Russia Alexander Torshin. As an example he cited the situation in Iran, where, despite the fact that 98% of the population is Muslim, Islamic banks are less than half. “From top to create them artificially, but will this work?” — asks Torshin, though, and believes that if it’s still “to be viable, it will break”.

Meanwhile, according to Madina Kalimullina, adviser on Islamic Economics and Finance of the Council of Muftis of Russia (SMR), the Muslim population generally does not use existing means of investing: “Tools, where we can invest, such as mutual Funds (mutual funds – ed.), today is not interesting in view of the state of the stock market. Fortunately, there are a couple of Islamic financial companies, more as a trading house, as an investment financial group, allow to invest surplus funds and earn a profit.”

Bekkhan Chokaev confirmed to the Agency that the Islamic financial company in Russia “already exist” in Tatarstan, Dagestan and “at least one of these companies opens in Moscow”, and as soon as will be eliminated all legislative barriers, Islamic Finance “will be present in the market.”

The cost of Islamic financial transactions

To date, the Russian company, despite these obstacles, in theory, be able to conduct transactions using Islamic financial instruments.

According to specializing in corporate law lawyer of Khamzat Asabaeva, 90% of companies in transactions with Islamic banks are turning to English law, since it “reduces risks”.

But this approach (especially considering the Islamic principle of full risk sharing among the participants) inevitably leads to a rise in transactions. Asabaev reported that in the 2000s a number of Russian companies considered the possibility of raising money this way, but all of them refused this idea, comparing the cost of Islamic financial transactions.

So today, according to the expert, major transactions are conducted in a combined form. “For example, when buying (the company) Aston Martin worth $ 500 million 200 million were drawn on the lines of Islamic Finance, gave 300 million U.S. banks”, — he said.

What is Islamic banking

According to Madina Kalimullina, the main difference of Islamic banks from conventional, “that is not financial intermediation based on fixed interest, but, rather, investment, leasing and trading company in one.” The Bank is a full partner of the business, leading, in fact, investment and trading activities.

“Accordingly, investors Bank is not guaranteed a fixed income, it depends on the Bank’s profitability. Those companies that it finances, or receive investment in capital or assets and goods,” explained Kalimullina.

According to the Advisor CMP, the most common form of Finance is a “Murabaha”, that is trade financing, where the seller notifies the buyer of its expenditure incurred on the goods. The peculiarity is that the product is sold in installments with markup, which is pre-negotiated by the parties and cannot be increased under any circumstances, even in case of delay of payment by the customer.

Also in Islamic banking is widely represented Ijara — analogue of leasing, Musharaka — financing through entry into share capital and Mudaraba contract — project financing with attraction of funds through asset management.

At the Gaidar forum, the Advisor to the Prime Minister of the Republic of Tatarstan Linar Yakupov urged to consider Islamic Finance “from a purely economic point of view” and not “to mix them with religion and politics.”

In turn the Deputy of the Saveliev proposes to replace the term “Islamic” banking “affiliate”, as “the traditions of all major faiths do not allow usury, gambling and uncertainty and welcome the transparent partnership.”

In turn Bekkhan Chokaev believes that it is possible to use any terminology about which “all agree”, if only from the name change has not changed the very essence of Islamic Finance, which “should conform to recognized international standards”.