MOSCOW, 1 February. The Russian government is discussing the introduction of an additional payment to the Pension Fund of the Russian Federation of working citizens – in the amount of 2%. The issue of raising fees to extra-budgetary funds were discussed among others at a meeting with Prime Minister Dmitry Medvedev on January 18, the newspaper “Vedomosti” with reference to the text of the Protocol. 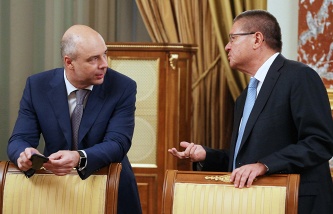 Media: the government from 2017 onwards may return the social tax

Contributions to the Pension Fund (RPF) shall be paid by employers from the salary Fund. Now for salaries to 796 thousand rubles. per year rate is 22% and plus 10% with higher earnings.

We discuss additional payment for working people a 2%, said the Federal official. In respect of the payment of employers considered two main options, told officials previously. The first is the introduction of a single payment from all Fund of payment of labour (now the payments to the pension Fund, funds of social insurance and compulsory health insurance different basis). The second is the doubling to 20% pension contribution from earnings in excess of 796 thousand rubles.

The outcome of the discussion in the publication on Sunday failed. Representatives of the Ministry of labor, Ministry of Finance and the Ministry of economic development are unable to provide comments. Press Secretary of Medvedev Natalya Timakova was not available for journalists.

FIU projected the wage Fund in 2016 is to 19.9 trillion. Thus, the imposition of 2% additional payment for all citizens will give the pension system of nearly 400 billion rubles.