ANKARA, 1 February. /Corr. Kirill Zharov/. In Mediterranean and Aegean regions of Turkey put up for sale about 1300 hotels. According to the newspaper Zaman, this is due to the deterioration in security and a decline in the tourism sector of the Republic. 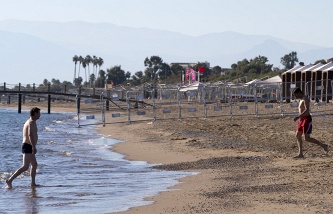 Largely on the Turkish tourism sector was affected by the deterioration of relations with Russia after the Turkish air force November 24, 2015 were down a Russian su-24. After the incident, Moscow has stopped the sale of permits to the Russians in the Turkish resorts through the Rostourism Agency. Annually from Russia to Turkey arrived around 4 million tourists, which is the second lowest after Germany. However, the flow of German tourists may drop significantly due to the deterioration of the security situation in the country. On 12 January the terrorist attack in Istanbul killed 11 citizens of Germany.

In General, local hoteliers are registering a significant drop in the booking of tours for 2016 from Europe. Karamanlis Abdur-Rahman, owner of one of the largest hotels in the province of Denizli, told the newspaper that “after the crisis with Russia and fears for the safety of tourists in Europe, many hotels were on the verge of bankruptcy”. “In Antalya, some of four months are closed. Many of the hotels debts. We are very affected by the crisis with the Russian aircraft. But Europe has warned citizens not to travel to Turkey because of security issues. The British government urged its citizens to sell the property and to come back,” he said.

Zaman writes that in the region of the Aegean sea, where are some of the most popular resorts, for sale 908 hotels. Total cost of about $3 billion In Antalya, which receives most tourists, sold 410 hotels, 120 of which are five-star.