MOSCOW, 1 February. Speaker of the state Duma called absurd management decision of PACE to deprive the Russian delegation of parliamentarians the right to vote.

During the meeting with young scientists of Moscow state law University named after O. E. Kutafin, the speaker recalled that the Russian Federation has temporarily suspended work at the PACE because of “illegal decisions according to which the Russian delegation was limited in their rights.”

“We are fundamentally opposed to working at the site of the parliamentary Assembly, when our delegation of limited rights, whereas one of the basic principles of the COE is the equality of Nations and peoples,” Naryshkin said.

“This right stems from a parliamentary mandate, which is awarded to any member of any country, its voters, not any international parliamentary organization,” he added.

However, suspending its work in PACE, Russia has strengthened the work with parliamentarians in selected countries of the Council of Europe, said the speaker of the state Duma at the meeting

“We have suspended interaction on this site (PACE) with that, of course, more active in working with parliamentarians of those countries that join the Council of Europe, participate in the work of PACE”, – said the head of the lower house of the Russian Parliament. 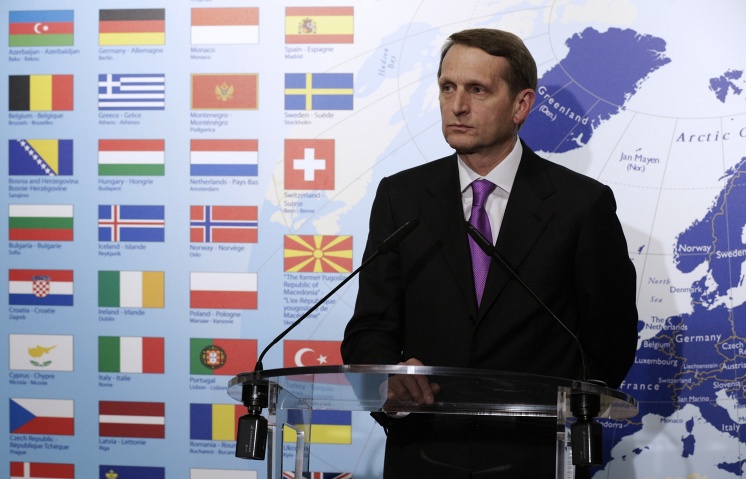