The result of the selective application of international law violations in the performance of the UN Charter and of the Charter of the Council of Europe was the rise of terrorism was declared by the speaker of the state Duma Sergey Naryshkin. 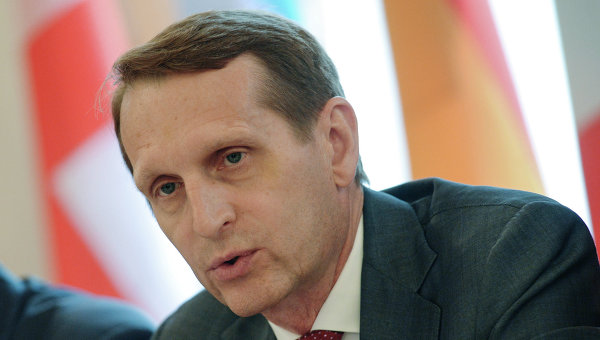 “By the way, the rise of terrorism is partly a consequence of the so-called selective application of international law. We are now seeing failures in the execution of the Charter of the United Nations, for example, in terms of the right of peoples to self-determination and the Charter of the Council of Europe, which is based on the principle of equality is incompatible with discrimination of any of the participants. And that is the principle in the last 1.5-2 years tramped down a group of aggressive Russophobic delegations of the parliamentary Assembly of the Council of Europe”, — Naryshkin said during the meeting with young scientists of Moscow state law University named after Kutafin.

In 2014 and 2015, the OSCE parliamentary Assembly took the Russian delegation authority because of the position in the Crimea. On the eve of the PACE winter session, the Russian side did not send required to confirm the credentials of the delegation documents and stated that this session of the miss. To return to the Assembly Moscow intends to restore the powers taken away and creating the necessary dialogue conditions. At the same time Moscow stressed that relations with the Council of Europe as a whole is not going to break.