TEHRAN, January 31. /Corr. Alexander Levchenko/. Nine Iranian banks will be connected to the system for worldwide interbank financial telecommunication SWIFT on Monday 1 February. This was announced on Sunday the head of the Central Bank of Iran waliullah safe. 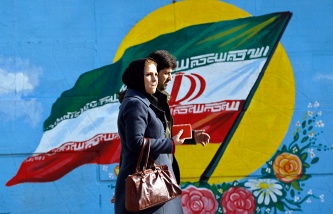 “Nine more Iranian banks will be re-connected to the SWIFT early Monday morning”, – quotes the Press words of the head of the Central Bank of Iran. Among the financial institutions of tomorrow will have access to connections with banks all over the world and will be able to implement inter-Bank transactions the Central Bank of Iran, Iran Melli, Tejarat, Mellat, Bank of industry and mines, Post Bank of Iran, Sepah, Bank of export development, and Refah Kargaran.

The safe waliullah noted that Iranian banks previously had open letters of credit since the start of the implementation of the nuclear agreement between Tehran and six world powers (five permanent members of the UN security Council and Germany), announced on 16 January. On the same day, such operations can be implemented in banks of Gulf States, and the next day – in the European banks.

With the beginning of the implementation of the nuclear deal with Iran were lifted sanctions against its banking operations with international financial institutions, including through the SWIFT system, access to which was limited to about 30 Iranian banks in 2012.