MOSCOW, 1 February. Secretary of the Russian security Council Nikolai Patrushev believes that the creation of a United front against terrorism is unacceptable any pre-conditions. “We need to refuse from preconditions in the establishment of a United front against terrorism, he said in an interview with foreign journalists. – We try to hold in the contacts with our foreign partners”. 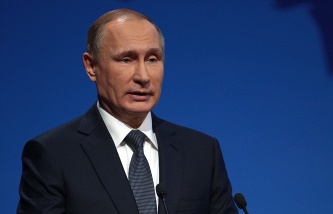 Patrushev said that Russia already sees the interest in the joint fight against terrorism by France, great Britain, Germany, Italy and the North Atlantic Alliance as a whole. “And there are some objective causes, including the successful implementation of anti-terrorist operation Russia in Syria, said Secretary of the security Council. – It is important that our actions comply with international law and exercised at the request of the legitimate Syrian authorities. Note, incidentally, that after the beginning of the operation the US and its allies have also intensified their efforts against terrorists”.

According to Patrushev, at direct participation of Russia managed to achieve some progress in the consolidation of the efforts of the world community in this direction. “One of the visible results were recently adopted UN Security Council resolution against ISIL and other terrorist organizations,” he added.

“In addition, Russia has consistently explains the danger of flirting with terrorist organizations for political ends – said Patrushev. – In the end – States there is a growing understanding that more cannot turn a blind eye to the excesses of radical Islamists in a bid to use them to overthrow legitimate governments”

“We firmly believe that the fight against terrorism should be of a consistent nature, – said Secretary of the security Council. – Demonstrate this by example. Attempts to divide terrorists into “good” and “bad” is totally unacceptable”.