WARSAW, 1 February. /Corr. Irina Polina/. Poland in the negotiations with the Russian side on granting permits for trucking between the two countries wants to obtain guarantees that Russia introduced new standards in the field of international transportation will not worsen the situation of Polish companies.

This was stated by the Polish press Agency Deputy Minister of infrastructure and construction of the Republic Jerzy Schmidt. 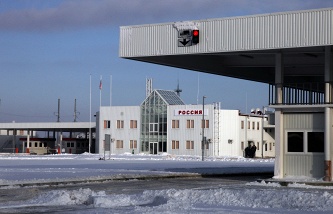 The movement of Russian and Polish trucks across border stopped

“We want to get from Russia the guarantees that the verification of the transport standards that have been accepted by the Russian side unilaterally (entered into force in February of last year) and disposal (entered into force in November and December last year) will not impede the access of Polish transport and goods on the Russian market, he said. – It is important that these were not new sanctions against Poland”.

February 1 has expired permits for cargo transportation, which annually between Russia and Poland. The parties failed to reach agreement on new permissions, so the truckers of the two countries Monday can’t cross the border.

The talks have stalled because Poland is dissatisfied with the adoption of the Russian Federation legislative and normative acts regulating monitoring of the implementation on the territory of the Russian international road haulage by foreign vehicles, including transport of goods from third countries.

Poland is waiting for guarantees

In Warsaw, in currently ongoing negotiations of experts of the joint Commission on international transportation services. If they come to agreement on 2 February will be a possible meeting with Schmitt, Deputy Minister of transport of the Russian Federation Nikolay Assaul for final signing of contracts. 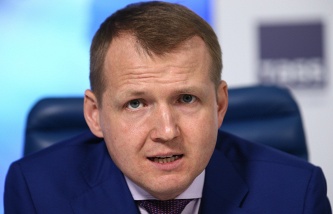 “We expect Russian experts expressing readiness to sign the Protocol, which will contain a Declaration that the practice of transport will not hinder the Polish-Russian agreement of 1996 and there will be no organizational restrictions on the availability of the Russian market for our carriers,” added Schmidt.

“If the Polish side will receive such guarantees from our partners, if they accept our proposed text, we can go further. If the Russians will say that there will be able to administratively restrict the access of foreign carriers, then we will remain in the same place,” said the official.

Schmidt also recalled that on 4 February the head of the Department Andrzej adamczyk will discuss current between Poland and Russia the situation in the European Commission.

“When we can’t drive, suffers from all the traffic on the line Russia – EU. Not to completely block the movement of goods between Europe and Russia, we issued to Belarusians 18 thousand permits. This is an argument for the European Commission that Poland does not want to block the shipping,” he said.

Earlier, the head of the Association of international road carriers (ASMAP) Andrey Kurushin, explaining the situation, said that the country annually conduct negotiations to identify and transfer an agreed number of permit forms for the carriage of goods by road. The agreement to be signed provides for the exchange of special permits that give the right to the carriage of goods from third countries or in third countries.

According to Kurushina, the feature formed at the beginning of this year the situation is that the transport ministries of Russia and Poland could not agree on the number of permits to their carriers by 2016. Took several rounds of talks, but the Polish delegation refused to give proposals to the Russian side by the number of permissions for sharing and “behaves in an extremely non-constructive”.