According to the agreement, Russia and Argentina agree to provide each other with persons sentenced to deprivation of liberty for serving punishment in the state of their nationality. 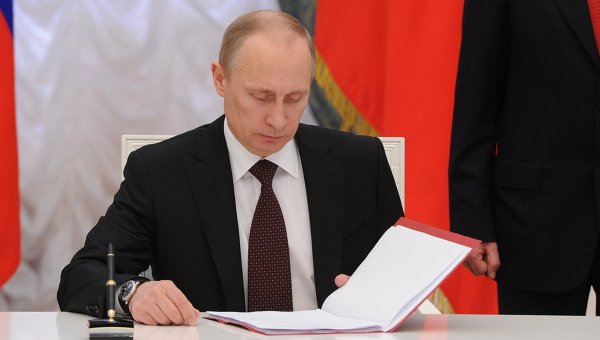 MOSCOW, 31 Jan. The President of Russia Vladimir Putin ratified the Treaty with Argentina on the transfer of sentence persons sentenced to deprivation of liberty, the text of the Federal law was published Sunday on the official Internet portal of legal information.

“To ratify the Treaty between the Russian Federation and the Argentine Republic on the transfer of sentence persons sentenced to deprivation of liberty, signed at Buenos Aires July 12, 2014”, — stated in the text of the document.

Earlier the Treaty was ratified by the Federation Council.

According to the agreement, the parties undertake on a reciprocal basis and under specified terms to communicate to each other the persons sentenced to deprivation of liberty for serving punishment in the state of their nationality that will contribute to the protection of the rights and legitimate interests of Russian citizens.

The document defines conditions for the transfer of convicted persons, are established requirements to the form and content of transfer requests and responses to them, requests.

In addition, the Treaty contains clauses that are the subject of regulation which are the fundamental rights and freedoms of man and citizen. Thus, under article 10 of the contract after the transfer, the convict may not be prosecuted in the state of enforcement for acts which were the basis for sentencing.