MOSCOW, January 31. The President of Russia Vladimir Putin signed the law on ratification of the agreement between Russia and Argentina on mutual transfer of convicts for serving the sentence. Relevant document posted Sunday on the official portal of legal information. 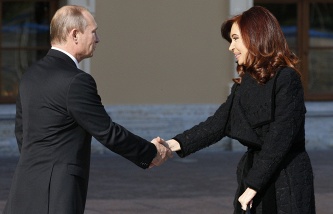 The agreement was signed by the parties in July 2014.

As previously explained, the Deputy Minister of justice Maxim Travnikov, until now relations between the two countries on this issue had not been resolved. “This Treaty is designed to lay a proper legal basis for this activity”, – he declared.

The Deputy head of the Ministry of justice said that the document contains other rules, than stipulated by the Russian legislation. In particular, according to him, in him “there are some grounds for refusal in the transmission, not provided for in the Criminal procedure code”.

Herbalists added that currently in Argentina serving a sentence of five Russian citizens. Ratification of the Treaty will give them the opportunity if they want to apply for a transfer to serve their sentences at home.