MOSCOW, 1 February. JSC “Russian Railways” (RZD) will acquire in 2016 507 new locomotives, including electric locomotives 257 and 250 locomotives, said in a statement. 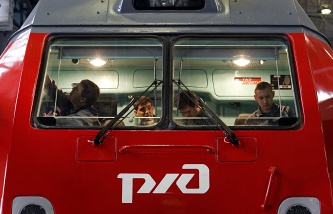 Belozerov: RZD will purchase at Novocherkassk electric locomotive plant 121 in 2016

The RZHD’s investment program provides for these purposes 69.2 billion rubles.

In the framework of the renewal of traction rolling stock of Railways of Sakhalin it is planned to purchase 10 locomotives ТГ16М, the operation of which is possible on the track width, 1067 mm and 1520 mm.

Just Park the company is currently – more than 20 thousand locomotives.

Earlier the Deputy Minister of transport of RF Alexey Tsydenov was informed that the government of the Russian Federation supported the allocation of RZD 40 billion rubles from the national welfare Fund (NWF) for the purchase of locomotives in 2016 Speaking about the mechanism of allocation of funds from NWF, Tsydenov said that it is planned to use the mechanism of foreclosure by banks bonds of the Russian Railways at the expense of means of NWF. In turn, VTB President Andrei Kostin announced that the Bank is ready to buy bonds of Russian Railways to purchase locomotives, if the state approves the allocation of funds from the NWF.