Wholesale prices of rye flour in the beginning of 2016 has accelerated its growth. According to experts, the rise in prices is associated with a small crop in 2015 and may well be a one-off. 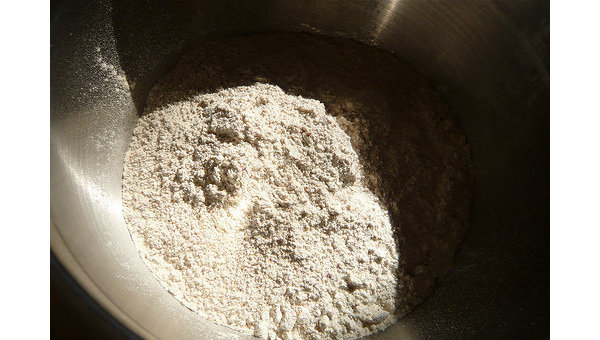 MOSCOW, 1 Feb. Beginning 2016 repeats the last year, when wholesale prices for rye flour has considerably accelerated its growth: according to the agriculture Ministry, on 28 January, wholesale prices for the flour in the European part of the Russian Federation amounted to 12,13 thousand rubles per ton, having increased within the week by 4.1%.

In comparison with the beginning of the year the prices grew by 4.4%. At the same time, quite a long time, the price of rye flour have grown on 0,2-0,5% per week, and sometimes they altogether declined.

However, market experts believe that worry is because of the increased cost of rye flour too early: the growth of prices associated with a very large crop in 2015 and may well be a one-off, and the shortage of flour in the market.

Deficit no flour, no action required

The Ministry of agriculture of the Russian Federation indicated that average wholesale prices for hulled rye flour are rising is not the first month. For example, as of July 1, 2015 the rate was remaining 9.08 thousand rubles per ton, on 1 October 10,735 thousand. By 1 December the price increased to 11,54 thousand rubles for ton, and at the beginning of the year to 11.62 thousand.

“During the season 2015-2016 prices on rye, which is used not only for food but also as fodder and raw materials in the processing industry, grew by 43%”, — said the Ministry. The upward price trend is related, primarily, to the fact that last year the rye crop in Russia was low.

“In calendar year 2015, the gross harvest of rye amounted to 2,086 million tons. This is by 36.4% less than in 2014, when it was collected 3,281 million tons. On average, during the period starting from 2000 to 2015, the gross harvest of rye was approximately $ 3.8 million per year”, — explained in the agricultural Department. However, assured in the Ministry of agriculture, and with the current level of collection of rye rye flour shortage in the market.

At the same time, natural is that the price of rye flour rises as end carry-over stocks of grain from previous years, which were characterized by lower prices due to the greater volume of supply of grain and flour on the market.

“These natural market fluctuations of prices in a bad year does not require the intervention of the Ministry of agriculture”, — concluded in the Ministry.

Experts also attribute the rising price of rye flour with a modest harvest of culture in 2015. “Wholesale prices for flour have a high degree of correlation with the price of grain, so rye flour recently considerably more expensive”, — said the Deputy head of the Institute for agricultural market studies (IKAR) Irina Glazunov.

According to her, the proportion of quality grain milling conditions in the past year were also low. In turn, the farmers sell the corn with high quality characteristics mostly in small lots, and the prices on it grow.

As the Ministry of agriculture, the expert does not expect deficit of rye flour on the market. “The bakery can partially use other types of flour to replace whole wheat, including wheat flour of the second grade. Moreover, any temporary local shortages of Russian rye flour can compensate for the delivery of similar flour from Belarus”, — she reminds.

At the same time, Glazunov did not rule out that the growth of prices of rye and rye flour will continue, but the pace of price increase is unlikely to be high. And according to the General Director of company “Prozerno” Vladimir Petrichenko, the price will stabilize at approximately the current level.

The rise of bread prices and price fixing

According to the Russian Guild of bakers and confectioners, such an increase in the price of rye flour can be considered as a “one-jump”, if in “the next months the trend will not continue and flour prices will rise in General inflation of 0.5-1% per month”. In the Guild I believe that in these circumstances “the bread will rise in price in the same range”.

Thus, bakers warn that “there is a danger of price collusion among the major manufacturers of bread in those regions where the market of bakery products can be called monopolistic”.

“Where the share of two to four players exceeds 60-70%, of these markets, the possible price increase and by 20-40% in annual calculation, in order to avoid such situations, it is necessary to develop small bakery,” said the representative of the Guild.