MOSCOW, 1 February. Finnish retailer Stockmann has closed a deal to sell its stores and lease rights of retail space in Russia the company Reviva Holdings Limited – the owner Debruss, developing on the Russian market franchise, the British Department store chain Debenhams. This transaction received approval by the FAS, the report said Stockmann. 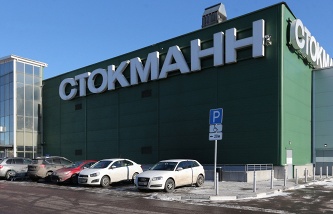 Under the deal, Reviva acquires 100% of JSC “Stockmann”, a subsidiary of Stockmann in Russia for €5 million, paid in cash. In addition, as part of the deal Reviva will receive a “substantial lease obligation” because the number of Stockmann stores are located on leased, not their own areas. As a result of the transaction under the control of Reviva transferred seven Russian stores Stockmann.

The transaction is carried out within the framework of network optimization Stockmann to increase the profitability of the company, said in a statement. That the fall of the ruble had a negative impact on the whole business of Stockmann, the company announced in February 2015.

Despite the sale of its Department stores, Stockmann is not going to leave the Russian market and will remain on as a lessor of commercial real estate. In particular, owned by Stockmann shopping Mall “Nevsky Center” in St. Petersburg with an area of 103 thousand sq. m.