MOSCOW, January 29. The Board of Directors of the Bank of Russia took a decision for the fourth time in a row to keep the key rate unchanged at 11%. At this level it stays from August 2015. 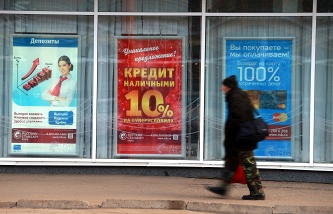 Experts: the Central Bank’s decision to lower its key interest rate to 14% would support the credit market

Rate of the Central Bank is one of the tools of monetary policy through which the Central Bank adjusts the value of borrowed funds in the market. The rate value has an impact on the situation in the economy and inflation.

About how the Central Bank managed risk in the financial system since the introduction of the discount rate, read in the material.

Until 2013, the main one of interest rates was the rate of refinancing.

In 1994 after the sharp fall of the ruble against the dollar, the refinancing rate was 170%. On the background of the high inflation rate had remained three-digit until August 1996.

Then the key interest rate fluctuated at a level of 20-50%, and a new round of monetary policy tightening occurred in January 1998, when the ruble denomination. Refinancing rate shot up to 170%.

17 August 1998 the government announced a technical default, and the ruble has depreciated against the dollar by 3.2 times. Inflation for the year was 84.4%. 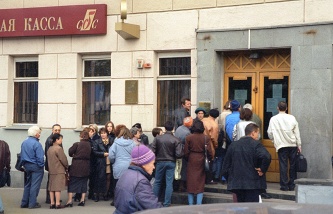 The history of the Russian default of 1998

Then for ten years the refinancing rate has steadily declined following the inflation figures.

However, by the early 2010s, the refinancing rate was used only as a tool for the calculation of fines, penalties and a guideline for the minimum amount of interest on ruble deposits and loans to banks were given to other instruments, especially REPO transactions.

Amid the global financial crisis of 2008 and the devaluation of the ruble the Central Bank again tightened monetary policy, but the changes of the refinancing rate were insignificant – from 1 December 2008 to 23 April 2009, the bet was 13%. 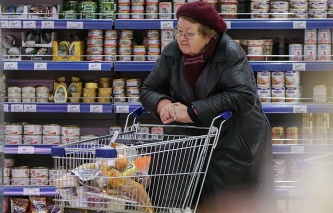 REPO rate were raised several times. December 1, 2008 its level was set at 9.5% and 10 February of the following year increased to 10.5 per cent, followed by the strengthening of the ruble.

Along with overcoming of consequences of world financial crisis the Central Bank takes the exchange rate at the abolition of the currency corridor, which existed in various forms for nearly 20 years – since 1995.

At the end of 2013 in the framework of transition to inflation targeting the Central Bank announces key interest rate one-week REPO rate, its value was 5.5%.

In March 2014 the regulator has embarked on a tightening of monetary policy, citing inflationary risks associated with increased volatility. 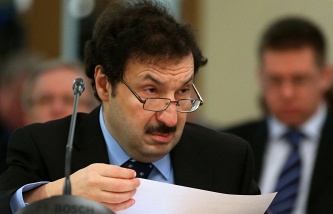 Mau: current situation in the Russian economy like the crisis of the mid 80-ies in the USSR

In November the Bank of Russia completed the transition to a floating exchange rate, dismantling from November 10 2014 the currency corridor. Thus, the Central Bank now conducts its monetary policy focusing on the inflation target and not to support the exchange rate of the national currency.

At the same time in November-December 2014 is no large-scale devaluation of the ruble in two months, the national currency depreciated by 41% and 35% to the Euro, and in “black Tuesday” – December 16 – amid the panic on the currency market, the dollar soared above 80 rubles., the Euro also leapt over 100 rubles.

At an emergency meeting on 16 December the Central Bank decided to raise its key interest rate from 10.5% to 17%.

2015: measures to stimulate the economy

The decision was made based on the changing balance of risks acceleration of consumer price growth and cooling economy, said the Central Bank. At the meeting on 13 March, the regulator decided to reduce the key rate from 15% to 14% per annum.

In the release, the Central Bank acknowledged that high interest rates on commercial loans had led to a slowdown in lending.

At the meeting on 30 April, the Board of Directors of the Bank of Russia took a decision to lower the key rate from 14% to 12.5% per annum from may 5, taking into account the weakening of inflationary risks while maintaining risk significant cooling of the economy.

Reduction of interest rate on 31 July was the fifth in a row. The ruble on the regulator’s decision on the establishment of rates at 11% reacted immediately, falling by 1.3 ruble against the dollar to RUB to 61.03 and 1.5 ruble against the Euro to 66.8 rubles.