It is also possible hard landing of the Chinese economy and a prolonged period of adaptation of the countries-exporters of oil to a new financial reality, says Maxim Oreshkin. 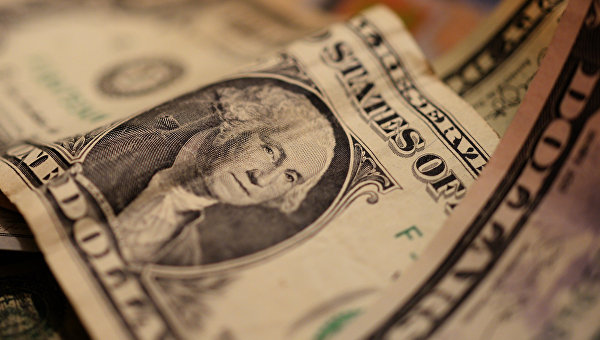 MOSCOW, 1 Feb. The Deputy Minister of Finance of Russia Maxim Oreshkin predicts the collapse of the U.S. market, “hard landing” of China’s economy and a prolonged period of adaptation of the countries-exporters of oil to the new economic reality.

“The world is now a few misconceptions about the future of economic growth. Starting with the US. If you look at the forecast of the IMF and most of the banks growth to be 2.5 to 3 per cent of GDP to two to three years ahead. It is unlikely that these projections are correct,” said Oreshkin in an interview with “Kommersant Money”.

The Deputy head of the Ministry of Finance explained that the U.S. economy is close to “overheating” — for this reason, in his opinion, the fed began to raise rates. “The main shock for the market will be when all will understand that there will be no growth in the 2.5–3% of GDP — the U.S. economy will grow by 1-1. 5%. Almost inevitably, unless magically starts to grow productivity. Re-evaluate the whole economy with growth of 2.5–3% of GDP to 1-1,5% — a sharp decline in the future revenues of the companies. The possible collapse of the market,” said Oreshkin.

He is immediately skeptical and forecasts of continued growth of China’s economy at 6% a year.

“But investments under 50% of GDP is impossible to maintain. For these investments, which profitability is decreasing every year because you’re building something that doesn’t need are debt and savings. And emerging deflationary trends exacerbate the situation”, — said the Deputy Minister.

“There comes the so-called Minsky moment, when all lend-lend, and then suddenly realize: oops, must stop”, he added. A hard landing in China, according to Oreshkin, likely because of the psychology: the recent crisis in this country was 25 years ago in 1989, and therefore, the modern Chinese, unlike the Russians, no experience of life in conditions of shock.

He recalled that in Russia during the 2008-2009 crisis was panic, and in 2014-2015 it is not because people are prepared for external shocks, which, in the opinion of Oreshkin, were much stronger. “We have a crisis — OK, turn “crisis mode”: save, on, turn on a shortened week, and so on,” he said.

“Russia is one of the best examples of macroeconomic policy. The evidence and actions of rating agencies and the behaviour of foreign investors”, — said Oreshkin. He noted that by the end of 2015 there is an active inflow of funds of investors in the OFZ. “In recent months, the funds are withdrawn, for example, from Brazil, and invested in us,” he said.

Oreshkin admitted that Russia has yet to deal with the shock associated with falling prices of oil, and to adapt to new economic realities when the prices of “black gold” for a long period of time will be at around 50 dollars per barrel. This means that the reduction in domestic demand in Russia is inevitable.

Similar adaptation, according to him, will have to go and other countries-exporters of oil. “Saudi Arabia’s reserves two to four years will hold, a tough nut to crack. Norway and Chile sustainable”, — says Oreshkin. “But here, the effect of structural adaptation to the new reality is felt, the oil companies seriously reduce the amount of investment,” he said.