The party is in constant readiness to the electoral process, however, with the advent of single-member districts need to focus on the selection and training of candidates independent candidates, said the liberal democratic party. 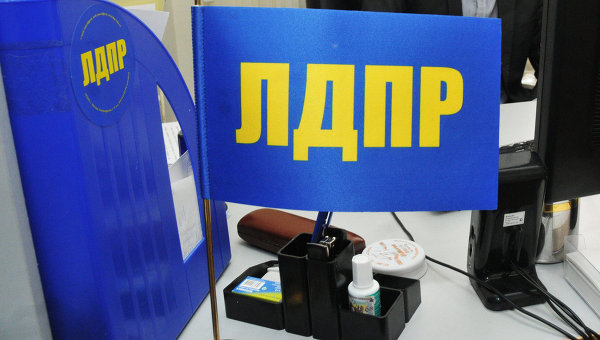 MOSCOW, 1 Feb. The liberal democratic party of Russia (LDPR) does not intend to nominate as candidates for deputies of the seventh convocation of the State Duma of famous actors, musicians and athletes, the emphasis in the preparations for the elections will be made on the nomination of independent candidates, said Monday the head of the high Council of party Igor Lebedev.

Elections of deputies of the state Duma of the seventh convocation will be held September 18, 2016 in a single day of voting. They will be held under a mixed electoral system: of the 450 deputies of the 225 will be elected from party lists under a single Federal district (proportional system), and 225 — in single member constituencies (majoritarian system).

Lebedev said that thanks to a 25-year history, and regular elections at the local level, the party is in constant readiness in the election process.

“This is not the first Federal campaign in which the liberal democratic party is involved. This election is the seventh convocation and, consequently, from cycle to cycle, trust me, nothing has changed except the electoral law… Now we got single-member districts, in connection with which, of course, will be an emphasis on preparing candidates independent candidates, the selection of these candidates, because last time we didn’t need — need now. Now, maybe that’s the difference,” — said the Agency interlocutor.

Lebedev also said that the party list of the liberal Democrats should not expect the names of famous actors, musicians or athletes.

“Some high-profile names, surnames, athletes, musicians, actors in the party list will not. 100% the list will consist of current members of the party and people,” he said.

It should be noted that in the present convocation of the Duma faction is known judoist Dmitry Nosov.

The head of the Supreme Council of the LDPR said that the size of the election Fund, which the party plans to spend on the campaign is yet to be determined, since will depend on the amounts that the media will ask on advertising.

“As for Finance, the electoral Fund of the party, as electoral associations, I think we will try to fill completely and to spend on the campaign. But we cannot say how much we will spend, because most of the election Fund is being spent on advertising in the media,” — said Lebedev, explaining that advertising rates will be known in about a month before the election date.

“We learn them just before, so to say, how much money will be spent… Maybe they will be minimal, and can, as always, sky-high”, — concluded the Agency interlocutor.