This measure will allow to extinguish debts on a salary before employees of the company, which currently is in bankruptcy. 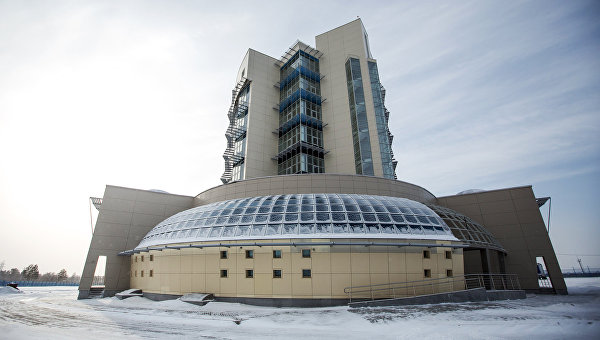 VLADIVOSTOK, 1 Feb –. The property of Pacific bridge construction company (TMK), which was the subcontractor for construction of the cosmodrome East is planned to rent out to pay off debts on a salary before employees of the company, according to TMK.

The Governor of the Primorsky territory Vladimir Miklushevsky held a meeting during which they proposed possible ways to overcome the difficult situation on JSC “TMK”, which is in bankruptcy. In particular, they discussed the question of repayment of debt on a salary before workers of the enterprise.

“As from 1 January 2016 the company ended service to Golden bridge, the current income from operational activities the company did not. …The bankruptcy Trustee before several times referred to the savings Bank of Russia, in pledge at which is part of the property, and asked for permission to take the property of CJSC “TMK” rent to obtain income. …During the meeting, reached an agreement with Sberbank of Russia on the lease of property to rent”, — stated in the message.

In particular, the desire to see the technique and take it in the lease expressed to Razdorskaya. According to TMK, this will allow the company to bear the costs of maintaining the property and paying the wages for the debts.

According to the regional Prosecutor’s office on 11 January, the arrears of wages to employees of TMK amounts to 108 million roubles, a small part of this sum represents a debt to the builders of the cosmodrome “East”. Previously, the employees of TMK sent official appeal to Russian President Vladimir Putin in connection with the arrears of salary. This was the second appeal in 2015. The first was during a “straight line” the President in April last year, then Putin noted that takes a situation under personal control.

At the moment CJSC “TMK” entered bankruptcy proceedings. Against two former Directors of TMK Victor Grebnev and Igor Nesterenko prosecuted for fraud. TMK earlier said that the cause of the debt to seaside builders of the Vostochny space centre is Grebnev, who bought a yacht and was building a mansion.