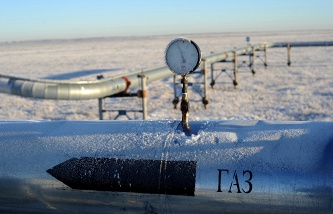 “The current utilization level of associated petroleum gas (APG) currently stands at 95%. In addition to supplying consumers 2 billion cubic meters. APG was involved in the system maintain reservoir pressure. Gas was also used to generate electricity at its own power plant with capacity of 200 MW”, – stated in the message.

The company notes that in 2015, have been completed construction and installation work on gas-compressor station of low pressure free water knockout unit-South (installation of preliminary water discharge), designed for gas compression second and third stages of separation. At the present time, the object being the commissioning.

Oil and condensate in the Vankor amounted in 2015 to 22 million tons. On December 30 of last year was 115 extracted millionth ton of oil since the beginning of operation.

Such indicators of oil and gas production has been achieved through the implementation of the program of production drilling. In the Vankor field excavation at year-end exceeded 205 thousand meters.

In addition, last year the works on the extension of the infrastructure built over 18 km of infield pipelines, 44 km of high voltage transmission lines.