A famous writer said that, most likely, ran from Agro-industrial party, which was recently recreated on the basis of several other parties. However, in the next election Wasserman, in his words, “unlikely to participate”. 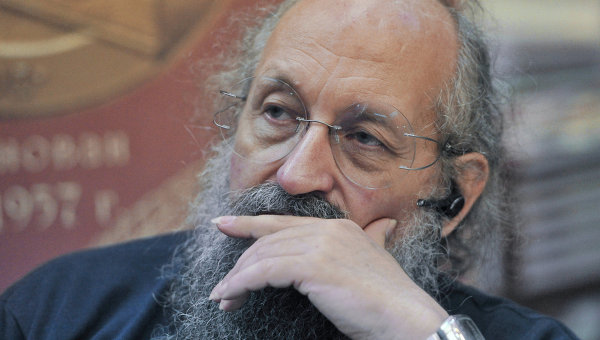 MOSCOW, 1 Feb. Received Russian citizenship to journalist and participant of the intellectual games Anatoly Wasserman does not exclude the possibility to start a political career in the state Duma of the Russian Federation — as an employee of the legislature or as a third-party consultant, he said this on Monday.

Earlier it was reported that Russian President Vladimir Putin gave Wasserman, who was born in the Ukraine, the citizenship of the Russian Federation.

“While I have insufficient experience of formal politics, but we’ll see. In the independents did not dare to go – it needs huge preparatory work, now I alone will not pull. Most likely, I would have ran from “Agro-industrial party”, it has recently been reconstructed on the basis of several other parties. At various times I have successfully collaborated with several leaders of these parties, I think there I will find what to do now,” said Wasserman, his words are given on the website of the radio station “Moscow speaking”.

However, in the next elections publicist, in his words, “unlikely to participate”.

The publicist said that “about the next (election) I can not definitely say. This does not mean that I intend to run, but, of course, as a Russian citizen, but still active in Russian politics for two decades, I can’t exclude such possibility”, — he explained.

In addition, Wasserman spoke about how he sees his possible political career.

“My character for me completely eliminated any positions in the Executive branch. But in the legislature I probably could be useful. The Executive, too, but only as a consultant,” he said.

Among its possible legislative initiatives, the publicist called necessary “to criminalize the embezzlement of funds intended for the creation, reconstruction and repair of life support systems as the attempted mass murder”.