NEW YORK, February 2. Alphabet holding company, which owns Google became the most valuable company in the world, beating by market capitalization Apple. These data derive from report of the Alphabet for the fourth quarter of 2015. 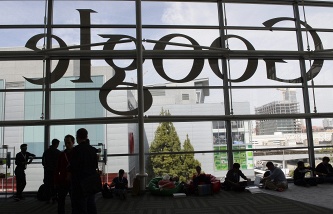 Alphabet net profit in the fourth quarter of 2015 was $4,92 billion against $4,67 billion for the same period of the previous year. Thus, the holding’s capitalization has reached $568 billion, while at Apple it is $535 billion.

On the background of the publication of the report of the Alphabet shares rose 8% after the opening of the exchange.

On 2 October last year, Google completed a restructuring of its management structure and became one of the Alphabet assets. The Executive Director of the Alphabet was the co-founder of Google Larry page. The second search engine co-founder Sergey Brin was given the post of President of the new company.