WASHINGTON, 2 February. /Corr. Andrew Shitov/. On passing in Washington the process for the claim against Russia on the part of former shareholders of YUKOS lawyers of the Russian side presented the court with two fresh decisions when considering similar disputes by foreign courts. 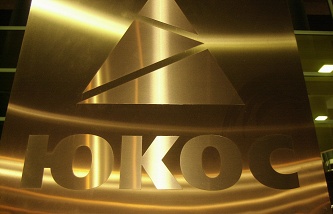 Justice Ministry: Russia hopes that the decision of the Swedish court in the Yukos will be taken into account in the Hague

In the notice, which the correspondent of TASS provided in the court’s archives, States that on 18 January this year the Appeal court of Sweden has overturned the arbitral decision in favor of Spanish investment funds, which, according to them, were holders of American Depositary receipts for shares in Yukos. The Swedish court considered issues similar to those that face the Washington court, and came to the conclusion that the agreement between Spain and the USSR on the protection and promotion of investments was not provided for review in arbitration of claims for expropriation. In the opinion of counsel supporting their position by references to expert assessment, this means that the Washington court “also is obliged to re-consider, offered the Russian Federation to the plaintiffs the possibility of resolving disputes in arbitration”.

In addition, the notice commented on the decision in December last year the decision of the international Tribunal on the claim to Guinea by a French company allegedly. In fact, the owners of the company was located in the Guinea. The Tribunal decided that the plaintiffs did not extend the offer of a Guinea for arbitration because it was addressed only to real foreign investors.

This precedent, according to advocates, Washington is also applicable in the process, because the plaintiffs in it are the companies, “owned and controlled exclusively by Russian citizens, which are also illegally acquired their investments”. Accordingly, “the Russian Federation has never offered arbitration to the plaintiffs,” reads the document.

The plaintiffs however these require collecting from Russia in favor of the “compensation” of $50 billion Amount that was awarded to them at the time of the Hague arbitration. His decision is also challenged, on the day scheduled the next hearing.

Washington also further development of events depends on the presidency at the trial of judge beryl Howell. She may hold a hearing or may rule on the documents presented to it.