MOSCOW, 2 February. The international criminal court (ICC) began an investigation of the events in South Ossetia in 2008, turned the circumstances of events there “with upside down”, leaving outside the framework of the murder of Ossetians. This opinion was expressed in the published on the website “Russian newspaper” interview, the Chairman of the Investigative Committee Alexander Bastrykin.

The head of the UK, responding to a question about whether he believes in an objective investigation of the ICC, stated that he would like to believe it, “but unfortunately, so far, the evidence suggests otherwise”. 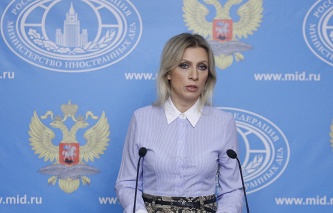 RF MFA: Russia has to reconsider its attitude to the ICC after the court decision on South Ossetia

“So, as the subject of investigation by this court defined war crimes and crimes against humanity, which, according to preliminary findings, were committed by the armed forces is not Georgia and South Ossetia, and against ethnic Georgians. That is, the ICC overturned the circumstances of the case “upside down”, leaving outside the scope of the subject investigation, the facts of mass murder and mayhem of the Ossetian population of South Ossetia and forced displacement from the place of residence 16 thousand Ossetians”, – said Bastrykin.

“And this conclusion is made despite the strong evidence that had been sent by the Investigative Committee of the Prosecutor of the ICC at the request of the International criminal court. And that copies of materials of criminal case capacity of over 33 volumes, and a significant amount of photos and videos. Explanation of materials was given to the staff of the Investigative Committee in the course of working visits of representatives of Prosecutor’s office of the ICC in the Russian Federation”, – said the head of the UK.

“Also, the ICC has ignored the decision of the International court of justice in the Hague from April 1, 2011, which dismissed the suit of Georgia against the Russian Federation on application of provisions of the International Convention on the elimination of all forms of racial discrimination”, – said Bastrykin.

About the accused in the case in the Russian Federation

Bastrykin said that the former Ministers of defence and internal Affairs of Georgia the time of the conflict in South Ossetia remain in the status of the accused in the case, which is being investigated in Russia.

He recalled that in the course of the Russian side the investigation into the events in South Ossetia 2008 “the criminal case was conducted in an unprecedented investigative work both in scale and complexity.”

“Judge for yourself: in the course of investigation examined more than 1000 of the incident scene, including residential buildings, office buildings, energy facilities, communications, social infrastructure, positions of a battalion of peacekeeping forces located in the city of Tskhinval and other settlements of South Ossetia, – said the head of the UK. – Recognized exhibits over 3,000 objects and documents. Scheduled and conducted over 900 forensic, handwriting, explosive and other forensic examinations. Questioned over 1,500 witnesses.”

“The victims recognized more than 6,000 people, including 270 members of the Russian peacekeeping contingent, has received wounds of varying severity. The criminal case volume makes more than 500 volumes,” – said Bastrykin.