ST. PETERSBURG, February 2. The constitutional court (CC) of the Russian Federation received a petition from the Ministry of justice relating to the possibility of non-execution of judgments of the European court of human rights (ECHR) in the case of “Anchugov and Gladkov V. Russia”, TASS was told in the press service of the court. 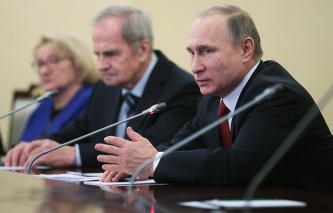 “An appeal was submitted to the CC in the near future it will be transferred to the judges at the preliminary examination”, – said the Agency interlocutor, noting that this is the first request to the court for the performance of specific ruling of the ECtHR in the framework of the Constitution of the Russian Federation adopted in December of the law.

In 2013 the ECtHR ruled in the case “Anchugov and Gladkov V. Russia”. According to the Constitution of the Russian Federation to participate in elections or be elected cannot persons in places of deprivation of liberty and sentenced. The ECHR in its decision, recognized the norm of the Basic law of the Russian Federation does not correspond to the Convention for the protection of human rights and fundamental freedoms.