MOSCOW, 2 February. The Russian Visa office after the departure of Andrew Torre can be headed by the current Chairman of the Board Ekaterina Petelina, VTB24, writes “Kommersant”, citing sources on the payment market. 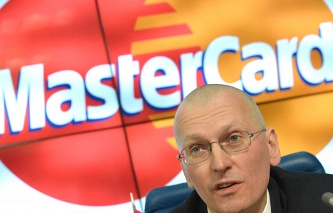 Media: the head of MasterCard in Russia Ilya lumpy can change Alexey Malinovsky

So far Visa has chosen to put at the head of the Russian division exclusively of expats.

In Visa to comment on the matter yesterday, refused, so did the press service of VTB group and the Ekaterina Petelina.

Indirectly upcoming personnel changes and confirm rapid changes in VTB24. According to the newspaper, recently its head Mikhail Zadornov said that the Bank will be a redistribution of responsibilities. “Directly about the care of Catherine Petelino not mentioned, but the two problems are related, says a source.- Almost all of the units that she oversees, has its own leaders, and they likely will be re-subordinated directly to Mikhail Zadornov”.

Most likely, the same will be resolved the question of the introduction in the composition of the Board Veniamin Polyantsev who oversees unsecured loans.

Reshuffle in the Russian office of Visa is linked to the fact that the current head of Visa in Russia Andrew Torre is leaving his post early and will move to another position within the structure of the Visa within the CEMEA region (Europe, middle East and Africa).

Care Torre is scheduled for April 2016, so for announcements about the new head and to transfer all the cases of Torre remained two months.