MOSCOW, 2 February. The leader of the party “Fair Russia” Sergey Mironov at a meeting with Russian President Vladimir Putin approached him with the request to support idea of creation of a uniform law on strengthening control over the activities of collectors. 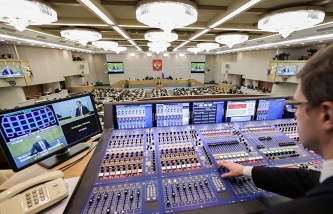 During the meeting, Mironov pointed to Putin problem, “which today many citizens of our country.” “Referring to the so-called collection agencies. In fact, polubanditskoe patterns, absolutely illegal knock people have debts, and sometimes pseudobulge, unlawful methods”, – said the politician.

However, he stressed that initiatives to strengthen regulation of these companies. Mironov praised the words of the speaker of the Federation Council Valentina Matvienko, which at the opening session of the Federation Council said that it is necessary to concentrate on the problem of debt collection organizations. According to Mironov, and his party has prepared a bill.

“We believe that the right assignment, the right to claim the debt is only possible from one credit institution to another, i.e. to another Bank, but with the consent of the debtor. But when the banks just dump your debts, especially this sin of the microfinance organization, resell debts absolutely “left-hand” structures – then we want the government to regulate this process to some third person never had a right to demand the debt,” Mironov outlined the essence of the document prepared by his party.

The party leader invited the President to bring all prepared in this area and initiatives together to produce a joint document. “In this regard I have prepared on Your behalf an email (I’ll pass), which offer, all these developments together and to do together with the presidential administration, government, Federation Council, State Duma political parties law which would have solved all these problems”, – said Mironov. He expressed the opinion that “this is one of the good task for the upcoming spring session”.

Mironov also told Putin about another legislative initiative of the party “Fair Russia” relating to the control and guarantees of the activities of housing savings co-operatives.

At the end of the report, Mironov has asked Putin to support the announced legislative initiative. “Let’s see,” concluded the President.