MOSCOW, 2 February. Russia is interested and has contacts with the countries-oil producers, since currently this topic is extremely important. This was stated by President’s press Secretary Dmitry Peskov. 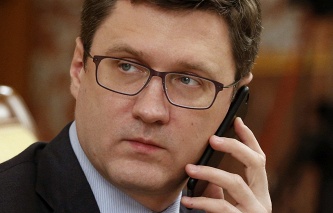 “Russia has led, is leading and will continue to liaise and Russia is interested in these contacts with the countries-manufacturers of oil, for this theme in the instability of the market – it is vital to the economy and very interesting,” said he, answering the journalists ‘ question about recent contacts between the leaders of the ministries of energy of the Russian Federation and Venezuela.

Peskov explained why, in his opinion, information on the results of that meeting were presented to the journalists a bit. “Of course, the issue is sensational, and this is probably due to the limited information that was provided to the Ministry of energy,” he said.

Earlier, Minister of energy Alexander Novak confirmed the readiness to participate in joint consultations with the countries-oil producers within and outside OPEC, in the case of their conduct. This was announced by the Ministry of energy following the meeting, Novak, Minister of petroleum and mines of Venezuela, Eulogio del Pino.

Ministers at the meeting, which lasted about two hours, discussed the situation on world oil markets, as well as issues of bilateral energy cooperation, said the Ministry.