MOSCOW, 2 February. The President of Russia Vladimir Putin in telephone conversation with German Chancellor Angela Merkel the situation in Ukraine. According to the press service of the Kremlin, the leaders agreed to “continue active joint work in the framework of the so-called Normandy format, including the holding in the coming days the foreign Ministers ‘meeting”. 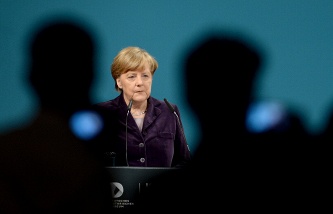 “Extensively discussed the issue of settlement of the crisis in Ukraine. They expressed mutual interest in sustainable ceasefire on the contact line of the parties, and in General emphasized the necessity of full implementation of the Minsk agreements of February 12, 2015”, – stated in the message.

According to the Kremlin, “specifically addressed issues concerning the conduct in Ukraine of the constitutional reform and organizations in the Donbass local elections according to the agreed with representatives of Donetsk and Lugansk law”.

The leaders also exchanged views on a number of aspects of bilateral cooperation.

“The conversation has been businesslike and constructive”, – underlined in the message.