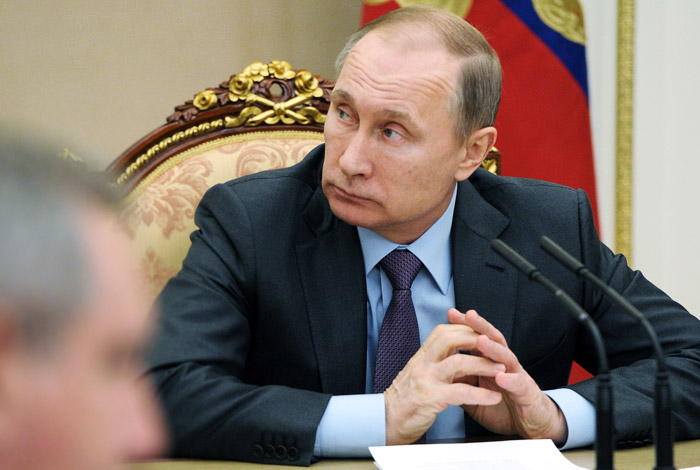 Moscow. February 1. Russia must not lose control over strategic enterprises in the privatization of state assets, said President Vladimir Putin at a meeting on privatization.

“I stress that a controlling stake in strategic companies with state participation have, at least today, save in the hands of the state”, – Putin said.

This setting limits the maneuver of the state in respect of certain companies. So, in “Aeroflot” the state-owned stake is now close to control in the Russian Federation in the company’s 51.17% of the capital, a presidential decree authorizing the erosion of this share to 50% + 1 share. Further sale of shares by the Central Bank in Sberbank will reduce its stake below controlling (however, Putin has already said about the privatisation of Sberbank is not going). In the “United grain company” the state 50% + 1 share (the rest of the group “Amount”), with UGC in the plan of privatization for 2014-2016.

Putin noted that it is necessary to pay great attention to the quality of investors, their business reputation and experience. “The transfer of shares in private hands is possible only if the buyer of the development strategy of the acquired company. The new owners of privatized assets should be in Russian jurisdiction,” he said, adding that grey schemes, the withdrawal of assets in offshore and concealment of owners of shares – “invalid.”

“We have been talking about deofshorizatsii, and in these circumstances, to go to the new privatization, allowing further offshoring of the Russian economy is wrong,” he explained.

The purchasers of state assets under the privatization should have either their own resources or credit, but without the participation of state-owned banks, continued the head of state.

Putin also stated that privatization of companies should consider market conditions, cannot sell stocks at bargain prices, as this will benefit the budget and fraught with hostile takeovers of rival companies.

As reported at the meeting Putin on privatization were invited the heads of “Rosneft”, “Bashneft” “Aeroflot”, “Sovkomflot”, Russian Railways, ALROSA and VTB Bank.

In July 2013 the government approved the forecast plan of privatization of the largest companies for 2014-2016, which causes bad conditions in 2014-2015 is practically not implemented.

In particular, the plan provided that, in 2014-2016 it is planned the termination of participation of Russia in the authorized capital of open joint-stock company “Rosspirtprom”, “United grain company” and “Rostelecom”.

Last week the head of the CBR Elvira Nabiullina at the meeting with Putin said that the position of the Central Bank is not to reduce stake in Sberbank to below control in the medium term. Putin is supported.

As reported, the Central Bank of the Russian Federation in September 2012 sold a 7.6% stake in Sberbank, by the end of the transaction, its share decreased to control. In VTB the state represented by the Federal property management Agency owns a 60.9% of the ordinary shares (the share was reduced from 75.5% in the spring of 2013 as a result of the SPO).

In addition, the government has said that it is planned to reduce the share of participation of OJSC Rosneftegaz in the Charter capital of Rosneft to 50% plus 1 share until 2016. Prime Minister Dmitry Medvedev in November 2014 has signed the order required for the privatization of 19.5% stake in Rosneft, owned by the state holding Rosneftegaz. The order authorizes the disposal of up to 2 billion 66 million 727 thousand shares 473.

The reduction in the share of Rosneftegaz in the equity of Rosneft from 69.5% to 50% + 1 share provided for in the approved 2013 program of privatization. This Directive allows you to make a sale, but its timing does not fix. By order of the government, the shares must not be sold below the price of the initial public offering in 2006. Then one share and the receipt cost $7,55.

The President of “Rosneft” Igor Sechin in November stated that the price for the privatization should be not less than $8,12 – so much for a “paid in reference transactions by other shareholders.”

However, the Minister of economic development Alexei Ulyukayev believes it is right to focus on ruble quotes. “Now the ruble share price “Rosneft” higher than it was in 2006. For dollars the shares are not sold, dollars sold ADR, now they really are cheaper. We are located in the Russian jurisdiction and are talking about the ruble price of Rosneft shares. So, from my point of view, this condition (not below the offering price in 2006) is executed,” – said the Minister in mid-December.