SEOUL, 2 February. /Corr. Stanislav Varivoda/. Russia could not yet agree with the statements about the DPRK’s test of a hydrogen bomb. This was stated Tuesday at a press conference in Seoul by Russian Ambassador to Korea Alexander Timonin. 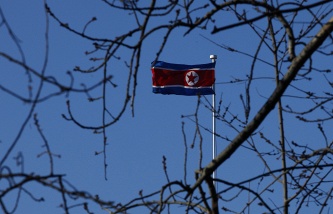 Lavrov: Russia is not sure that the DPRK conducted the test exactly a hydrogen bomb

“The North Korean leadership announced the test of a hydrogen bomb, but Russia still cannot accept this version,” he said. According to him, determine the nature of explosion is necessary in order to discuss retaliatory steps.

“For Russia it is important to figure out what was that explosion, and then continue the discussion of retaliatory sanctions in the UN Security Council,” said Timonin. According to him, Wed go in this regard, intensive discussions at the expert level. “No country there is no confirmation that North Korea conducted a test of a hydrogen bomb, which must have certain characteristics. There are important differences between nuclear and thermonuclear explosion,” he explained.

Moscow is against unilateral sanctions against the DPRK

Additionally, the Russian Ambassador to South Korea said that Russia opposes unilateral sanctions against the DPRK.

DPRK authorities announced on 6 January about the successful test of a hydrogen bomb. Prior to this, the country has carried out three nuclear tests in 2006, 2009 and 2013. In this regard, the UN Security Council, USA, Japan and South Korea has imposed on Pyongyang’s various sanctions. Currently actively discussed the possibility of imposing additional, more stringent sanctions against the DPRK.

Alexander Timonin also stated that the placement of advanced missile defense systems THAAD in the Republic of Korea (ROK) will not help to solve the nuclear problem of the DPRK. 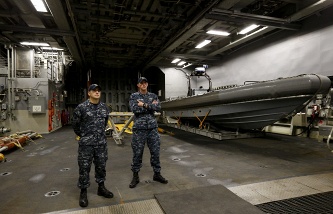 The Russian foreign Ministry: the US ABM system in South Korea complicate the solution of the nuclear issue of the Peninsula

“We note the recent intensification of contacts between the relevant agencies of the Republic of Kazakhstan and the USA on these issues, he said. – In Russia believe that the deployment of such systems in the Republic of Korea would be unlikely to contribute to the strengthening of peace and stability on the Korean Peninsula and will approach the solution of the nuclear issue”. “That is why the Russian leadership called on all stakeholders to show restraint and especially to refrain from steps in the military sphere, which can destabilize the situation on the Korean Peninsula,” he said.

Question about deploying in the South of South Korea complexes THAAD was again actively discussed in the country after the next atomic bomb test carried out by Pyongyang on 6 January.

Shortly thereafter the Minister of national defence of the Republic of Korea Han Min GU said that the country needs to consider deployment of one or more THAAD batteries that will enable it to more effectively counter North Korean missile threat and to ensure the safety of citizens.

Opponents of placing of this system in South Korea indicate that it is part of a broader U.S. attempts to force its ally to join the plans to establish a Washington regional missile defense system in northeast Asia.