BRUSSELS, 2 February. /Corr. Asya Harutyunyan, Denis Dubrovin/. The European Commission (EC) has not received new complaints against Ukraine concerning the gas pipeline project “Northern stream-2”. About it the correspondent of TASS said the EC representative Anna-Kaisa Itkonen, commenting information in media that the Department has received from Kiev a complaint and will review it.

“I think it’s a misunderstanding and a miscommunication. I think that it comes early the complaint from the “Naftogaz”. No new complaints, no requests and emails we’ve received,” said she. 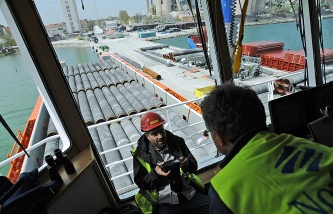 Prime Minister of Ukraine Arseniy Yatsenyuk said Monday that Ukraine filed a lawsuit in connection with the construction of the “Nord stream-2” and asks the European Commission (EC) to initiate an investigation on this issue. “I would like to inform that Ukraine has filed a lawsuit in the case of the construction of the “Nord stream-2″. It is a political project. We ask the European Commission to launch an investigation and stop this anti-European and anti-Ukrainian project,” he said. According to Yatseniuk, Ukraine insists that this project was not only revised, but also cancelled.

Earlier, on 5 January, it became known that the energy community EU EC sent in a complaint “Naftogaz” on gas pipeline project “Northern stream-2”. “Naftogaz of Ukraine” believes that the project violates the rules of the energy community and that it requires joint consideration by the member countries of the European Union and the European Commission.