LOS ANGELES, 2 February. The number of users of instant messenger for mobile phones WhatsApp (acquired by Facebook in 2014) exceeded 1 billion people. On Tuesday wrote to Facebook founder mark Zuckerberg on his page in the social network. 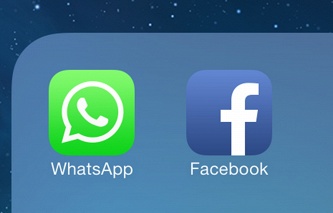 The WhatsApp messenger will be free for all users

“At the moment, a billion people use Whatsapp, says Zuckerberg. – There are only a few services, thanks to which the links are over a billion people. This milestone is an important step towards establishing communication with the whole world”.

In January of this year it became known that the WhatsApp messenger will be free. Previously some users were charged the monthly fee of $ 0.99 dollar per year.

WhatsApp tops the rankings in the category of messengers on the number of active users per month in many key countries. The service is popular in USA, Latin America, Europe and Russia. Key Asian markets are leading the local “heavyweights” in China most often use WeChat, LINE is dominant in Japan, while KakaoTalk holds the first place in South Korea.