SIMFEROPOL, February 3. /Corr. Alexey Konovalov/. The Crimean Parliament will initiate the adoption of the Federal law banning the activities of collectors in Russia. This was reported to journalists by the head of the Crimea Sergey Aksenov. 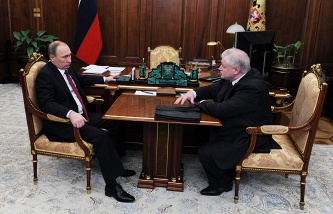 “I made a proposal to the State Council of the Republic of Crimea to take the initiative in the state Duma on the adoption of the Federal law prohibiting the operation of reservoirs on the territory of the Russian Federation as such at all. These entities in principle do not need,” – said Aksenov.

The speaker of the Crimean Parliament Vladimir Konstantinov said that the issue of the legislative initiative will be considered by the regional deputies in the near future.

“Collectors only work where there is a problematic picture. And by not quite legal ways they create problems to the citizens. We are categorically against of the collectors on the territory of the Russian Federation”, – added Aksenov.

Previously the idea of banning the activities of collectors in the Russian Federation was expressed by the Chairman of the Federation Council Valentina Matvienko.