Power of the Ryazan region consider the establishment and further development of the pharmaceutical cluster in the region as a priority. 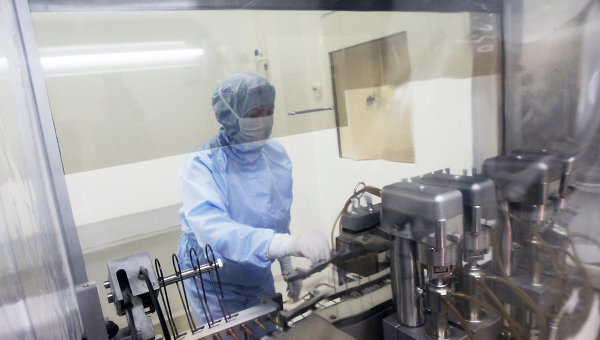 RYAZAN, 3 Feb. Power of the Ryazan region consider the establishment and further development of the pharmaceutical cluster in the region as a priority.

The regional government two years ago decided on the creation of a pharmaceutical cluster, the center of which should be built in accordance with international GMP requirements and who guidelines of biotechnological complex for production of medicines LLC “FORT”. The complex works in the region since April 2014, the main directions of its activity are development of high-tech biological products, preclinical and clinical research, production of high-quality medicines, including anti-viral vaccines for domestic and foreign markets.

“The company is a successful example of public-private partnership. It is a modern high-tech complex for production of medicines, including influenza vaccines and antiviral drugs. Such products are vital in terms of import, since the creation of innovative biotechnological medicines, the company uses exclusively Russian, own research and development, working on local raw materials. We are extremely interested in the further development of the enterprise from the point of view of expansion of production, creation of new jobs, including high-tech, where can work the graduates of our leading universities,” said the Governor of Ryazan region Oleg Kovalev at the meeting, devoted to the development of the pharmaceutical cluster.

According to the head of the region, today the complex has grown to the stage of a real transition to the active phase of formation of the pharmaceutical cluster.

Took part in the meeting, the General Director of Federal Corporation for the development of small and medium enterprises (JSC Corporation “SMEs”), Alexander Braverman stated that the Corporation’s creation in Ryazan oblast pharmaceutical cluster is also one of the priority projects.

“First, it is aimed at the health of citizens, secondly, it solves the problem of import substitution, and, thirdly, connected with the sphere of high technologies”, — said Braverman.

He said that the Corporation will assist the regional authorities in the implementation of the project.

“The project of forming a pharmaceutical cluster in the Ryazan region on co-financing terms will begin in the near future”, — said the head of the Corporation.

As have informed in a press-service of the regional Governor, the meeting was also attended by representatives of several large Russian banks — “Sberbank of Russia”, VTB Bank, Promsvyazbank, as well as representatives of National immunobiological company.