Russia is equally interested in developing cooperation both with the East and the West. The European Union has been and remains an important economic partner for Russia, said Russian Deputy Prime Minister Dmitry Kozak. 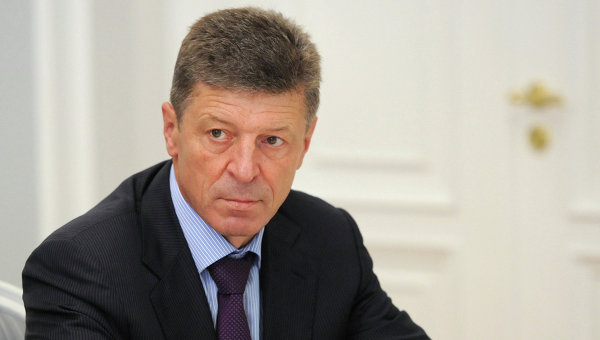 MOSCOW, 2 Feb. The EU economic sanctions and retaliatory measures of the Russian Federation shall bear the expense of both economies, it is necessary to make every effort to have these restrictions as soon as possible have been removed, said Deputy Prime Minister Dmitry Kozak. In turn the Vice-Chancellor of Austria Reinhold Mitterlehner also noted that business ties are “tired” from mutual constraints.

“Russia is equally interested in developing cooperation both with the East and the West. The European Union was and remains our leading economic partner. In this regard, for many countries is already becoming apparent that the path of sanctions is a deadlock,” — said Kozak, speaking on the results of the meeting of the Russian-Austrian Commission on trade and economic cooperation.

He noted that, according to the EC, the loss of the European economy from economic sanctions against the Russian Federation amounted in 2015 to 50 billion euros. “We need to do everything and make every effort to ensure that these restrictions, the sanctions have been lifted,” he said.

In turn the Vice-Chancellor of Austria Reinhold Mitterlehner also noted that business ties are “tired” from mutual restrictions, it is necessary to maintain the process of lifting the sanctions, but this will require political progress in the fulfillment of the Minsk agreements related to the situation in Ukraine.

“Business communication just tired of all these sanctions and kontrsanktsy. So we want to start the process of change by taking certain actions”, — said the Vice-Chancellor of Austria.

“Because of the events of recent years our economic relations have been set before large problems. … We observed a decrease in the export and import trade amounting to 30%, and for that, and for the other hand this is the only disadvantages. And in this connection has decreased and our direct investments. As for time periods, for Austria it has had negative consequences, those are the facts, which we touched upon. And in order to counteract, it is necessary within the EU to support the process that will lead to the termination of sanctions, but it requires political progress, especially in the Minsk process,” said Mitterlehner.