In the case of massive borrowing investors are suspicious about the policy pursued by the country’s leadership, believes Tatyana Golikova. 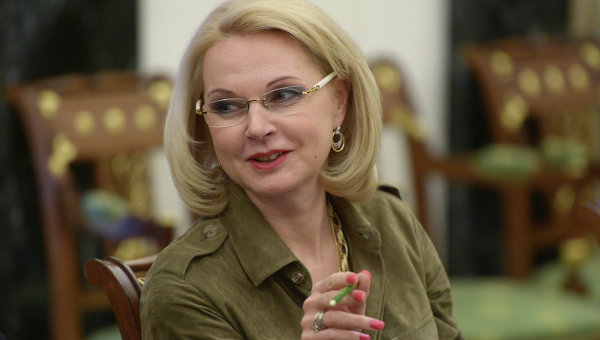 MOSCOW, 3 Feb. The head of audit chamber Tatyana Golikova said that the increase of the national debt of the Russian Federation — “is the last thing she would go”, choosing among the anti-crisis methods.

“The national debt is the last thing I’d go. Depending on the volume of borrowing by Ministry of Finance funds in the market (and this may be significantly higher than normal) rates will grow, this in turn would lead to higher debt service costs and the displacement of budget from other expenses, which is subject to restrictions. And then if we massively borrow, the investors will be suspicious about the policy that we are pursuing, once all of its budget hole we close only loans,” — said Golikova in an interview with the newspaper “Vedomosti”.

Also the head of the accounting chamber noted that it is impossible to ignore the debt situation in the regions, where, in her opinion, “it is largely dramatic”.

“Despite the efforts and measures that were undertaken in 2014-2015, the debt has increased: on 1 January 2016 it amounted to 2,318 billion rubles. The cost of services increased by nearly 22%. Seventy-six regions finished the year with a deficit of 367,3 billion and only nine – with a surplus of 199 billion rubles. The primary surplus falls on Moscow, the Sakhalin, Tyumen and Leningrad region. And in fact, they made a major contribution to the reduction in the overall deficit, the amount of which in 2015 year made of 168.3 billion rubles. Otherwise, the figures on the deficit would be higher,” she explains.

Also according to her, regions of 0.4% exceeded the income, not fulfilled the expenditure is 7.4%, which means, most likely, reduced commitments and, in fact, the distortion of the cost structure described in relation to the Federal budget.