KALININGRAD, February 3. Polish carriers are losing up to 6 million zlotys (about 116 million) per day because of the unresolved issue with the quotas for transportation of cargo to Russia, according to data of the Association of International road carriers in Poland. 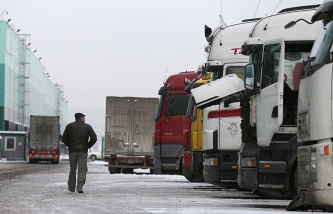 “The first day of downtime on the border with Russia had cost the Polish transport industry in more than 6 million PLN. Daily in Russia from Poland enters an average of 600 trucks. Each of them, carrying goods earn on average 2.5 thousand euros per day”, – reported in the Polish cultural center in Kaliningrad.

Transport enterprise in the Kaliningrad region using the Polish route in the transportation of cargoes to the region from Europe and back, has not yet been evaluated by their own losses. However, as the representative of the Kaliningrad trading-industrial chamber Leonid Stepanyuk, if the problem cannot be resolved, the region can be “berthed” from 3 thousand to 10 thousand trucks, and without the income to stay up to 6 thousand people.

In addition, according to him, there is a threat of loss of the transport market for a range of companies, and change the system of transportation of goods (through Lithuania and Belarus) will increase the cost of transport services by 50% or more. “The situation is quite alarming, said Stepaniuc. – We hope that some interim solution will be found”.

February 1 has expired permits for cargo transportation, which annually between Russia and Poland. The trucks of the two countries may cross the border. The issue is discussed in Warsaw, but so far the results have been reported. Today, according to the Ministry of infrastructure of Poland, “the pre-planned continuation of negotiations with the participation of Deputy Minister of infrastructure and construction, Jerzy Schmidt and Deputy Minister of transport of the Russian Federation Nikolay assaul”.