The powers of Ramzan Kadyrov as head of Chechnya expires in March 2016. According to experts, the politician, most likely, will be appointed acting and in the future will be re-elected. 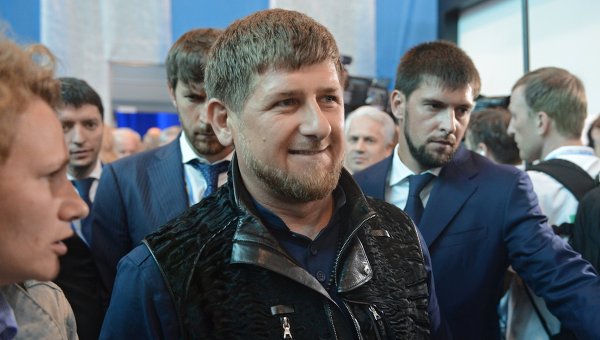 MOSCOW, 2 Feb –. Chances of the acting appointment and subsequent reelection to the post of the head of Chechnya, Ramzan Kadyrov, whose powers expire in March, very large, respondents believe political analysts.

Kadyrov was in the center of the scandal in mid-January after he was called to treat the representatives of the nonparliamentary opposition, attempting, in his opinion, to cash in on the difficult economic situation in Russia, as “traitors” and to judge “for their subversive activities.” Criticism of these statements were made by politicians, public figures and human rights activists, some of them expressed the view that the head of Chechnya should be removed from office. Wednesday on his page in Instagram Kadyrov released a video putting a filter simulating a rifle sight, the image of the leader of the party PARNAS Mikhail Kasyanov.

Experts point out that between the Federal center and the Republic’s leadership has established a trusting relationship and there is mutual support, in addition, Kadyrov, which is now the head of media of the region to Russia will probably continue to do political career.

For the first time to the post of head of Chechnya Kadyrov approved the Parliament on 2 March 2007 for a term of four years. However, at the end of 2007 in a national referendum amended the Constitution of the Republic about changing the term of office of the head and Parliament from four to five years. On the second (five-year) period Kadyrov’s candidacy was approved by the Chechen Parliament on March 5, 2011. Thus, in March of this year, the powers of the head of Republic expire.

At the 2012 meeting of the Council of legislators of Russia, the head of the Chechen Parliament, dukuvaha Abdurakhmanov said that the term of office of the President should not be limited to two terms. The speaker of the Federation Council Valentina Matvienko said that the regions may adopt their own laws on elections of governors which, in particular, may not have this rule. The head of Chechnya, in turn, said that the Republic does not need special conditions of election and tenure of the head of the Republic.

There’s a good chance that Kadyrov at the expiry of office will be appointed acting head of the region, said Director General of the Center for political information Alexei Mukhin.

“The chances are very good. Although, it is obvious that Ramzan Kadyrov, apparently with the purpose to secure, started active political activity about a year ago. I must say that he is now, perhaps, the media head of the region, and, apparently, will continue to do political career. Most likely, he will be acting and will continue to be re-elected. Anyway, the reason why something went wrong, yet,” — said the expert.

Head of the Center for economic and political reform Nikolay Mironov agrees in assessing the chances of the head of Chechnya for re-election. Kadyrov is likely to be appointed as the acting, and subsequently re-elected, said the analyst.

“As I understand it, between the Federal center and the Republic’s leadership has built quite a trusting relationship, there is mutual support. And it is difficult to imagine another figure in this post, considering all the logic of previous developments. I therefore believe that the chances are more than good,” said Mironov.