MOSCOW, 2 February. Automatic verification of the availability of insurance policy at the Russian motorists are using cameras photos and video recording, which was planned to be introduced from the beginning of 2016, has been postponed. This was reported by one member of the Board of the Russian Union of motor insurers (RAMI). 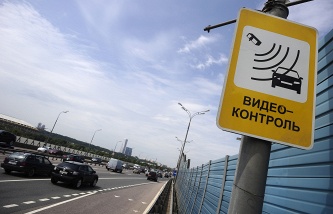 “When it became clear that the database AIS RAMI contains errors and the statistical error is quite large, it was decided to avoid creating unnecessary social tensions to wait with the start of the project, and focus on cleaning the base. Now comes a massive update of the system, after which the clean data will increase, and you can return to the idea of automatic tests,” – said the representative of the Presidium of the PCA.

In December 2015, the PCA stated that the project in early 2016 will start in Moscow, Kazan and other cities, and then spread to the whole country. In the message of the Union noted that using cameras photos and video recording will be scanned in the first place cars that violate traffic rules (not respecting the speed limit, passing on a red light, etc.). This new system was supposed to automatically check the availability of the policy the car owners, passing by the camera photo and video fixation. If the database AIS RAMI, which has access to the traffic police, is not discovered information about the existence of the policy, we automatically generate a fine and sent to the car owner, with exactly as many times as it will pass by the cameras.