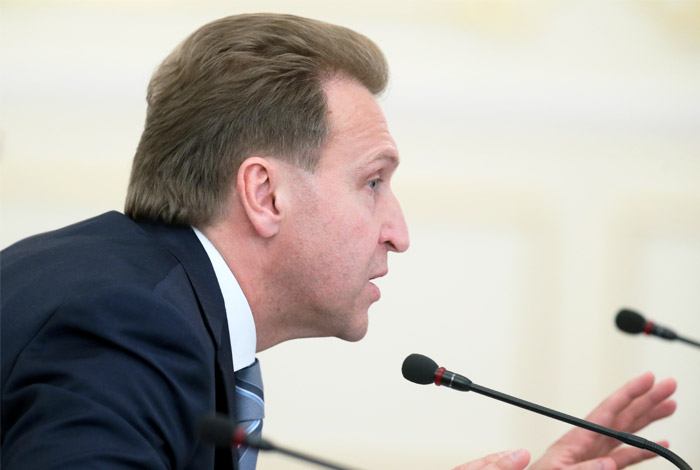 Moscow. 2 February. It is necessary to exclude communication of employees of Federal registration service directly with the citizens who contact the service, said the first Deputy Prime Minister Igor Shuvalov.

“We need to build a system, as did Mishustin (head of the FTS, the former head of the Federal cadastre), or in some other way, but we need to cut staff of Rosreestr from communicating with people in General, some other should not have any relationship. It should be electronic-only Protocol,” he said at the Collegium of the Ministry of economic development.

Shuvalov also disagreed with the data of the rating of economic freedom published on Monday. According to Russia dropped by 10 positions in the annual “Index of economic freedom in the world” research organization Heritage Foundation and took the 153rd place.

“Yesterday the ratings were published, as you have seen, economic freedom. They have a certain political influence, but, nevertheless, if to break away from the policy for our particular work is something from which to push off. We in the ranking of economic freedom occupied a complex place. I rated disagree. Of course, you can close your eyes and say that we ignore them, because there are other, more favorable ratings, Bloomberg and so on. We need to look favorable ratings unfavorable, to understand where our agenda,” said Deputy Prime Minister.

In November last year a Commission on legislative activities of the government approved the bill limiting the provision of information about the property owners. The draft law was prepared by the FSB.

The document proposes to exclude third parties, except public bodies, access to information on property owners without their consent. At the same time provides the possibility of providing personal data of the holders of the real estate market participants in order to protect in court its rights and interests.

The FSB believes that this mechanism aims to protect the rights and freedoms of citizens stipulated by articles 22 and 23 of the Constitution.

In the Fund of struggle against corruption (FBK) Alexei Navalny initiative of the FSB was connected with investigations of the Foundation of houses and summer residences of the officials. “Of course, we attribute the appearance of this bill directly with our activities. Russian we get a huge array of information. Naturally, they want to limit our sources. If they would bring this idea to the end, then it will affect very many, on huge real estate market. There’s no major impact, but there are still a huge country called Russia,” – said the Executive Director of FBK Roman Rubanov.